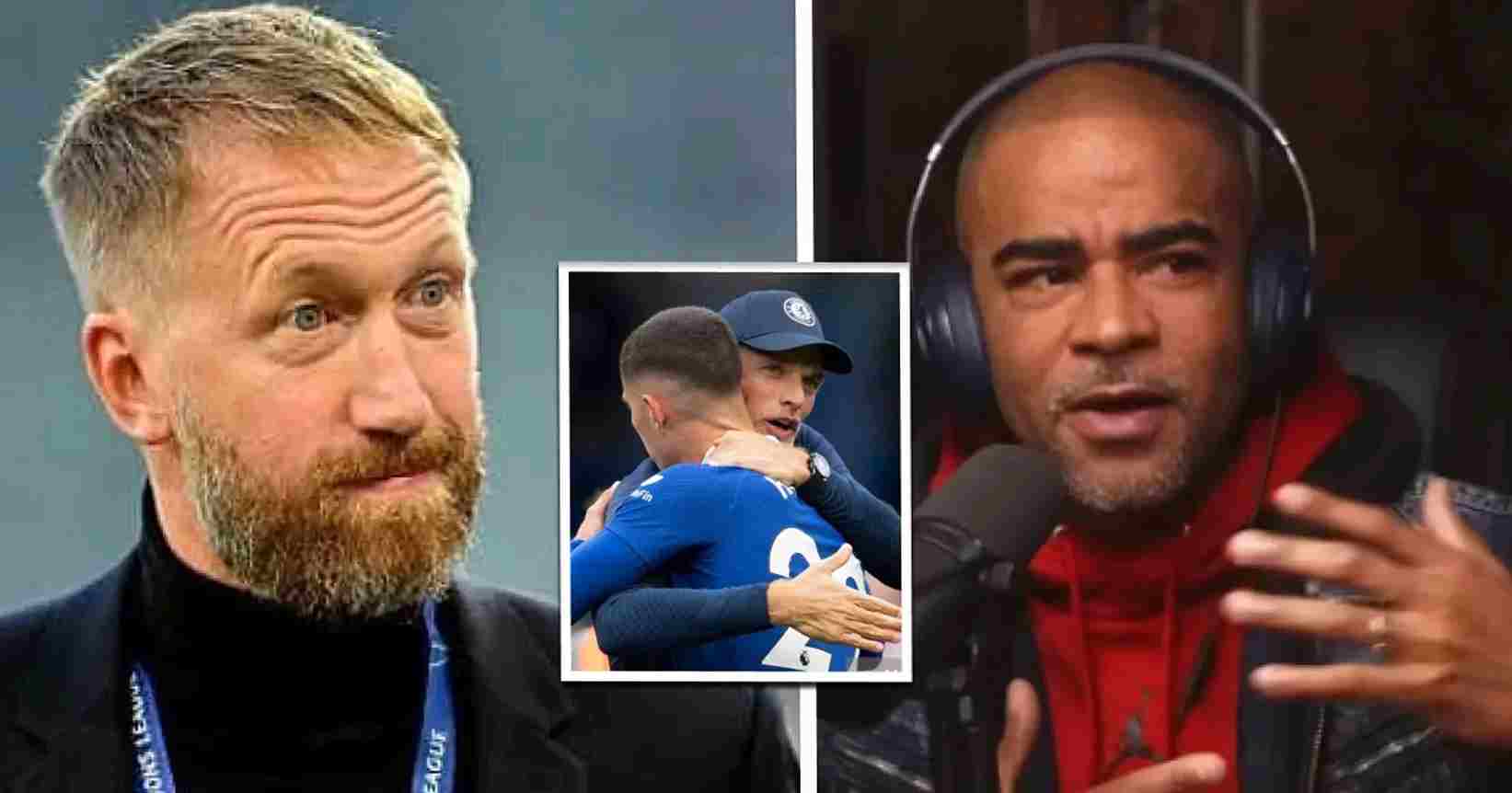 Speaking on the True Georgi’s podcast, Dyer said: “I worry about Chelsea, I really do. We’ve talked about Eddie [Howe] and then you have that elite, world-class player and do they kind of [work together].

“I’m so happy that Potter got his chance, so happy because he deserved it, but then I’m thinking: you do not sack Tuchel for Graham Potter. That’s just my opinion.

“I’ve spoken to people who have had Tuchel as a coach and they’ve had Potter as a coach… obviously I’m not going to name names.

“But they’ve had [both managers] and you cannot compare the two. Knowledge of the game, tactics, the way they are.

“I also know people who have had Tuchel and then they’ve had other top, top coaches and they go, “Trust me, Tuchel is f***ing incredible.”’

The interviewer then asked Dyer if he knows why Chelsea seemed to underperform under Tuchel leading to his sack: “Do you think the Americans have come in, they’ve started splashing the cash, £60million for full-backs from f***ing Brighton, and he’s [confused]. You just don’t know,” Dyer replied.

“You’ve got to remember, this is the same Chelsea that absolutely pummelled Tottenham [in a 2-2 draw earlier this season] – I know you can say Tottenham are getting pummelled by most teams.

“They just said Tuchel was on a different planet. And my thing with Potter is, I think Chelsea having problems is because he’s always changing the team, it’s like he’s trying to keep all these superstars happy. It’s impossible to name the XI.

“I can name Newcastle’s team every week, Manchester City’s for the big games. But Chelsea I haven’t got a clue. He’s playing Sterling at wing-back, one minute he’s playing Aubameyang and then he’s on the bench.

“Listen, I was so happy he got his chance but I always worried that when you’ve got those world-class players and they’re not really buying into your beliefs do they just say, “Yeah, good one.”’

Chelsea sacked Tuchel in September after a shocking defeat to Dinamo Zagreb. The German gaffer barely had a chance to work with the new signing made by the new American owners.

As Boehly would later admit, sacking Tuchel was not down to Chelsea’s poor performances. Potter was brought in and handed a five-year contract.