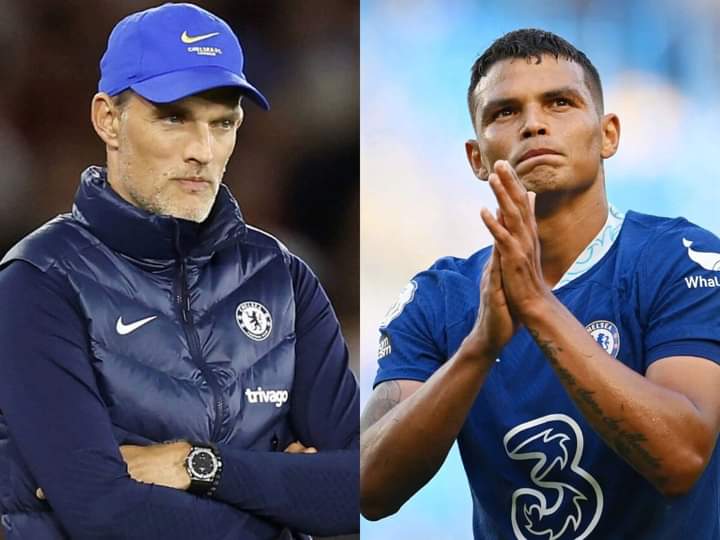 Thiago Silva, a defender for Chelsea, has finally break silence about the club’s owners firing Thomas Tuchel as manager. The Brazilian sent a heartfelt message to his former boss at PSG, who was his boss at Chelsea, saying that he wished he “could have done more” to keep the German in his job.

The Blues fired the former boss of Paris Saint-Germain and Borussia Dortmund on Wednesday morning.

The coach was kicked off the team just a few hours after the west London team lost 1-0 to Dinamo Zagreb on the road in the Champions League.

“Beyond being good professionals, you and your staff were amazing human beings,” the veteran defender wrote on Instagram.

“It was a real privilege to meet you and work with you. Thank you for everything Thomas Tuchel, I’m sorry I could not be more helpful! God bless you and your family.” The likes of Mason Mount, Kai Havertz and skipper Cesar Azpilicueta have all thanked Tuchel, while Mateo Kovacic stated: “It was a pleasure to learn and work with you and your staff. Thank you, boss.”

Just over 24 hours after Tuchel was fired, Chelsea already had a new manager in place. On Thursday afternoon, Graham Potter was named the club’s new manager.

German coaches Zsolt Low and Arno Michels also left with Tuchel, so Potter brought some of his staff from Brighton to Stamford Bridge with him.