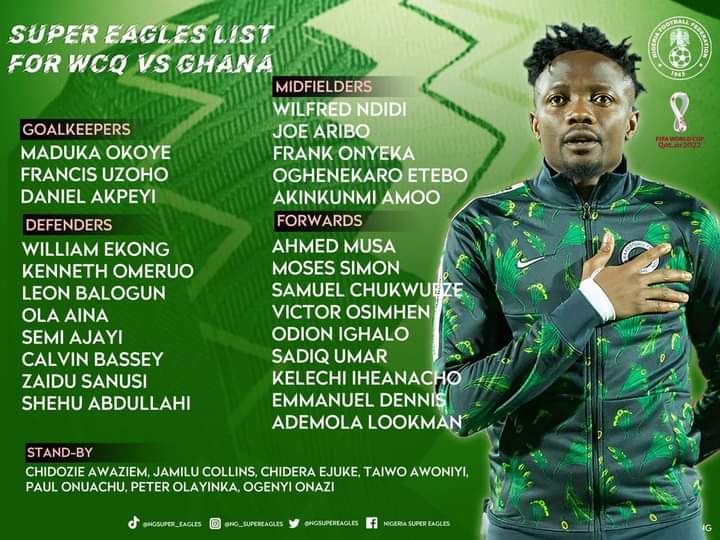 Super Eagles Coach, Augustine Eguavoen has released the 23-man squad for the world cup qualifier against the Black Stars of Ghana as Iwobi missed out.

The Mild-fielders are Wilfred Ndidi. Frank Onyeka, Oghenekaro Etebo and Akinwunmi Amoo are the defenders.

The Super Eagles are expected to play the black stars of Ghana later this month.