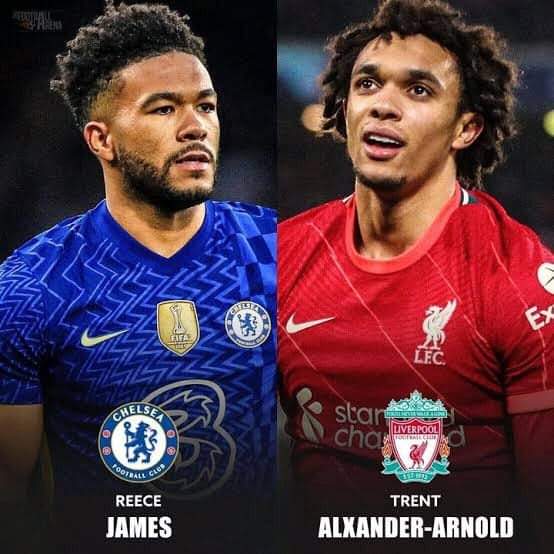 Trent Alexander-Arnold and Reece James are among the best right-backs in the top five European leagues. The two players have been highly impressive in performance for their respective clubs. Arnold was blamed for Mitrovic’s opening goal during their 2-2 draw against Fulham in their first premier league game of the season. The England international failed to defend well and clear the ball away, Mitrovic then came out of nowhere to beat him to the ball and head it into the back of the net. The Fulham striker also scored from the penalty spot to secure one point for the newly promoted team. This isn’t the first time Alexander-Arnold has been heavily criticised for his defending.

However, the 23 year old scored two goals with 18 assists in 47 appearances for Liverpool last season. He’s one of the best right-backs in the premier league and has a market value of €80 million. Alexander-Arnold can attack well but often come under a lot of criticism for his poor defending.

Chelsea defender Reece James has also been highly impressive in performance so far. He scored 6 goals with 10 assists in 39 appearances for the Blues across all competitions last season.

James has a market value of €60 million and he’s one of the best right-backs in the premier league. James was highly impressive in performance during Chelsea 1-0 win over Everton in their first premier league game of the season. Reece James can attack and defend well, he fared well against Vinicius Junior during Chelsea’s clash with Real Madrid in the UEFA Champions league last season.