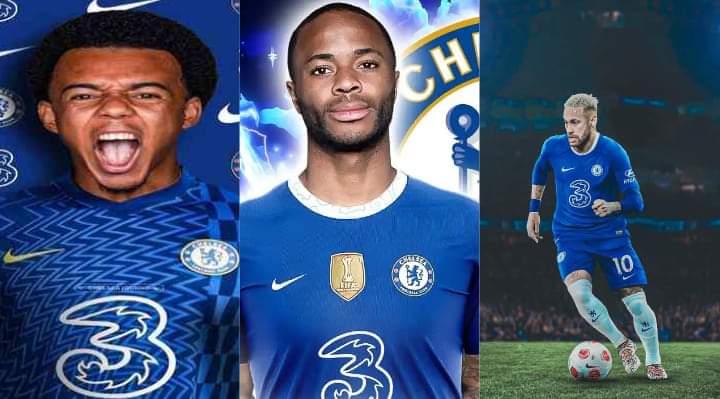 With Chelsea set to be handed £200million to spend on improving their squad this summer, we will takes a look at the best way this money could be spent

A new era at Chelsea Football Club is upon us. It’s straight down to business for Todd Boehly as he looks to reduce the big gap to Manchester City and Liverpool this summer.

Eighteen points separated the Blues from Liverpool in second place in the 2021/22 season as Chelsea massively tailed off in the second half of the campaign. At one point, Chelsea were many people’s ‘dark horses’ to challenge for the Premier League title.

This summer, the task for the Chelsea hierarchy is to assemble a squad that’s strong enough to mount a season-long challenge rather than one for just a few months. That’s where Boehly comes in…

According to a report from the Telegraph recently, Boehly is set to hand Thomas Tuchel £200million to improve his squad this summer. Several key positions need to be addressed by Chelsea this summer, with some players set to leave the club in the coming months.

Antonio Rudiger is on his way to Real Madrid, while Andreas Christensen looks Barcelona-bound. That’s two of Chelsea’s key first-team centre-backs who will definitely leave with their contracts about to expire.

As well as this, Marcos Alonso could leave Chelsea, with Barcelona interested in the Spanish left-back. Ross Barkley, Jorginho and N’Golo Kante all face uncertain futures, too, with just over 12 months remaining on each of their contracts.

The attackers at Chelsea could look very different by the time the 2022/23 season starts as well. Christian Pulisic, Hakim Ziyech, Timo Werner and Romelu Lukaku have all been linked with a move away from the club in recent weeks.

With all of this being said, we takes a look at how Chelsea may be best spending their £200m transfer budget. All values are taken from CIES Football Observatory.

Available for around £47m this summer, according to ESPN, Kounde is the obvious choice for Chelsea to try and sign. The Blues came close to signing the France international last summer, but Sevilla were demanding a bit too much for their defender.

This time around, though, there is a growing expectation that Kounde will be a Chelsea player by the end of the summer window. Game Geng understands that the 23-year-old relishes the challenge of playing in the Premier League, and the test it will bring him is part of his desire to join Chelsea.

Like Kounde, Gvardiol is another defensive target for Chelsea. Tuchel will need to bring in multiple central defenders due to the imminent departures of Rudiger and Christensen.

RB Leipzig defender Gvardiol fits the category. A left-footed centre-back who is composed and calm in possession. Numerous reports have claimed Chelsea could offer £40m for the Croatian defender.

With Alonso looking set to leave Chelsea, Tuchel may need some back-up for the returning Ben Chilwell in the left wing-back position. They don’t have to look too far.

Cucurella had a brilliant season down on the south coast for Brighton & Hove Albion, playing in a variety of positions, including as the left wing-back in Graham Potter’s system. Valued at just £17m on CIES, the Spaniard could be a really smart piece of business for the Blues, who are said to be interested.

Nkunku had a stupendous 2021/22 season for RB Leipzig. The 24-year-old had 34 direct goal contributions in 33 Bundesliga appearances and is attracting interest from all around Europe.

football.london understands that Chelsea are one of the numerous clubs that could make a move for the Frenchman in the coming months. The Blues scouted him on several different occasions over the 2021/22 campaign and were excited by what they witnessed. CIES values Nkunku at almost £60m, bringing the total for the four listed players to just below the £200m reported budget at £184m.

Neymar Jr
Paris Saint-Germain star Neymar has been linked with move to Stamford Bridge this summer as Mbappe deal completed.
Thomas Tuchel will be delighted to bring the Brazilian international to Chelsea to bolster his squad ahead of the start of new season.
Raheem Sterling
Manchester City winger Raheem Sterling has been in the check list of Chelsea targets this summer under the new owner Todd Boehly as Tuchel making effort to strengthen his side ahead of 2022/23 season.