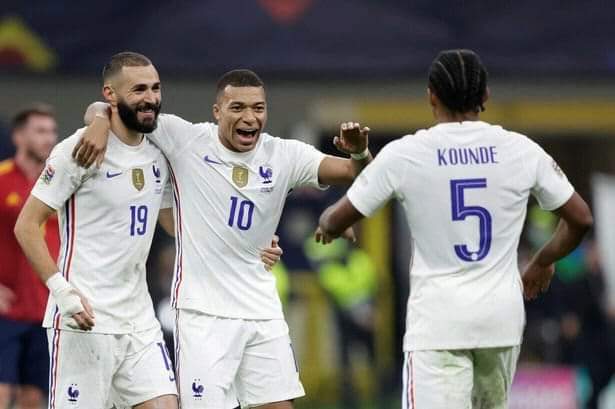 Chelsea have potentially been handed a major curve ball ahead of the upcoming transfer window as Thomas Tuchel eyes a ‘rebuild’ in west London. Todd Boehly, who has agreed a £4.25billion deal to buy the Blues, is expected to ‘push for A-list signings’ to mark a new era at Stamford Bridge, according to the MailOnline.

And, among the highly-anticipated marquee signings that could arrive at Stamford Bridge in the summer is Jules Kounde. The France international has featured 31 times for Sevilla in La Liga this season, playing a significant role in the Spanish giants retaining the best defensive record in the league. His impressive displays have attracted the attention of Europe’s leading sides.

According to Goal, the groundwork has been put in place to sign the 23-year-old as soon as sanctions are lifted and the UK Government give the takeover the green light. The Blues were linked with Kounde ahead of the season and were understood to have agreed a deal worth around £43 million, according to The Athletic.

However, the subsequent sale of Kurt Zouma to West Ham reportedly saw Sevilla’s sporting director, Monchi, increase the asking price to £69 million to which Chelsea then halted their pursuit. But, while Kounde has been heavily linked with a move to west London, Real Madrid have also been credited with an interest in the Frenchman, according to reports.

So much so that last summer, Spanish outlet ABC claimed that the centre-half has already told Karim Benzema and Kylian Mbappe that he’d like to join Los Blancos. Regardless of whether Boehly secures Kounde’s services, Tuchel is keen to undergo a rebuild at Chelsea this summer.

Speaking to football.london, the Blues boss said: “We are rebuilding, not improving the squad. We are rebuilding. This is always challenging, but we are up for the challenge.

“I don’t know where we are from day one. What I can promise is that I will be here – if I can promise that – I will be here with full energy and positive energy no matter what. We will still work for Chelsea, and I refuse to think of negative scenarios. We will be competitive, on which level we will see.”