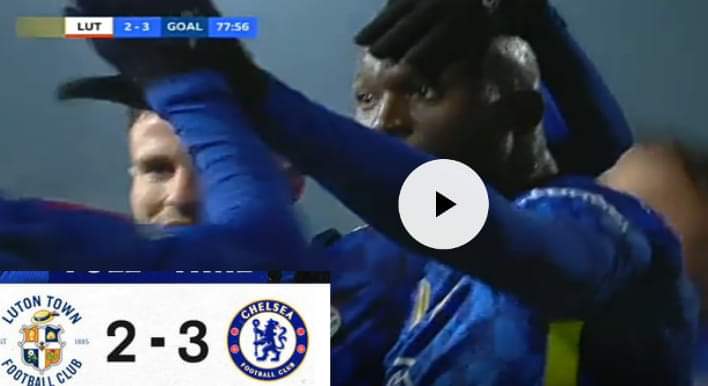 Chelsea FC give a good fight as they came from behind twice to defeated Luton Town 3-2 in the FA Cup fifth round on Wednesday night, thanks to the goals from Saul, Werner and Lukaku.

The Sport Info learnt that the ball broke kindly from a tackle on Timo Werner, and Saul was there so sweep the ball in with a lovely finish on his first touch.

You can see the goal in the clip embedded here:

One great pass by Ruben Loftus-Cheek, and a composed finish by Werner ties it all again! 2-2 to the Blues against Luton.

Timo Werner level the score line for Chelsea 2-2 game on.

Romelu Lukaku scored the winning goal for Chelsea as they came back from behind to beat Luton Town 3-2 in the FA Cup game tonight.