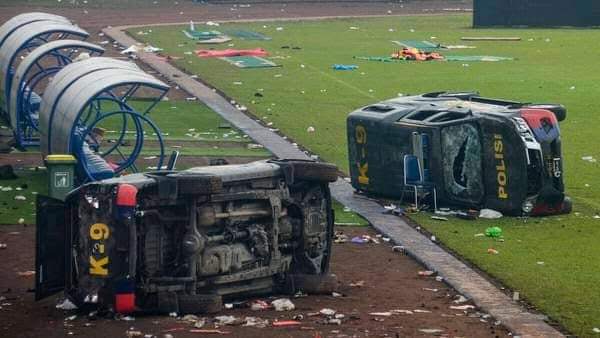 The football community was thrown into a mourning state after a sad incident that happened in Kanjuruhan Stadium in Indonesia.

We all know that the game of Football has always been a fun filled event, witnessing a tragedy like this one is not what the game was built for and the football community came in solidarity to support the victims of the incident at Kanjuruhan by sending condolences messages.

It was reported that it all began after a fight erupted immediately the officials blew the final whistle of the game between Persebaya Surabaya and Arema club.

It was alleged that the fans of Arema club invaded the pitch after the full time whistle and a 3:2 loss to Persebaya Surabaya.

In a bid to control the crowd, the police came in and it all turn out brutal were over 150 people allegedly lost their lives because of the stampede.