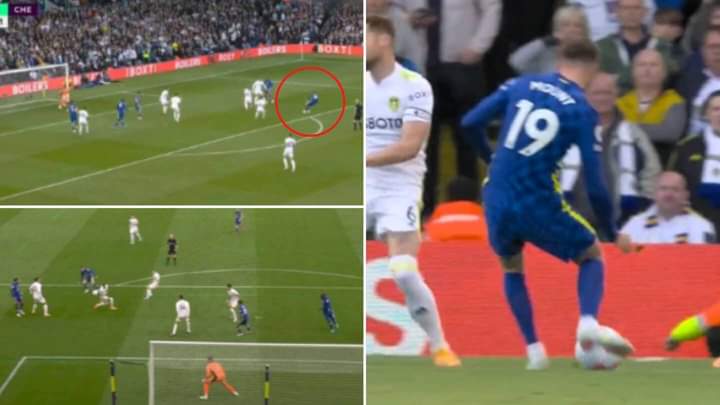 Mason Mount produced a moment of magic to open the scoring against Leeds United, curling home a delightful goal.

The Chelsea star finished off a brilliant team move which started from the back, with Marcos Alonso feeding the ball to Romelu Lukaku.

From there, Mount played in Reece James who returned the ball to the England midfielder.

Running onto the ball, Mount hit a scrumptious first-time side-foot effort into the top corner.

The wonderful goal brought up Mount’s 11th Premier League goal of the season.

He also has nine assists to his name this season, meaning he’s just the sixth player to record 20 direct goal involvements in the league this term.