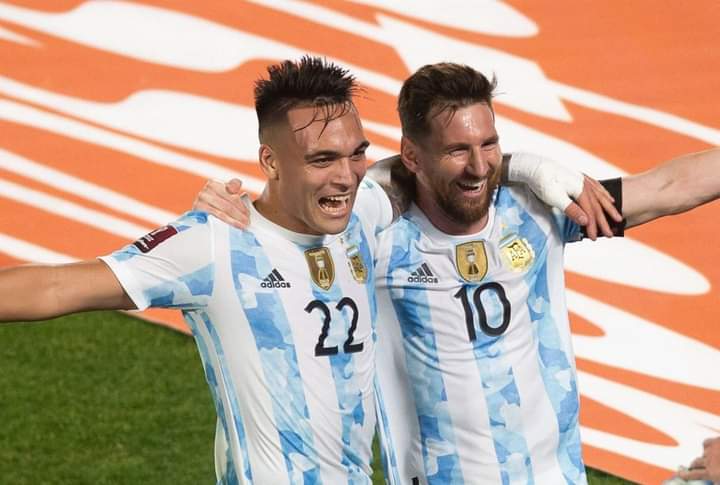 It was a comprehensive victory from start to finish for the Copa America champions, as Argentina extended their unbeaten streak to 34 matches and counting since a 2019 Copa America semifinal loss to Brazil.

Their next match will come against Jamaica on Tuesday at the Red Bull Arena in New Jersey, however, Messi and Martinez are making headlines in the Lionel Scaloni era, as the duo have been contributive for the nation in terms of goals scored ever since the appointment of Lionel Scaloni as Argentina’s manager.

With both players finding the back of the net in their recent international friendly game against Honduras, Lionel Messi’s brace extended his goals scored under Lionel Scaloni to 22, while Martinez’s lone goal in the match saw him stay behind Messi with 21 goals.

Lionel Scaloni was made manager of the Argentine national team in 2018, and ever since then, the manager has recorded huge success with Argentina in a short time, with Lionel Messi and Lautaro Martinez his main strikers.