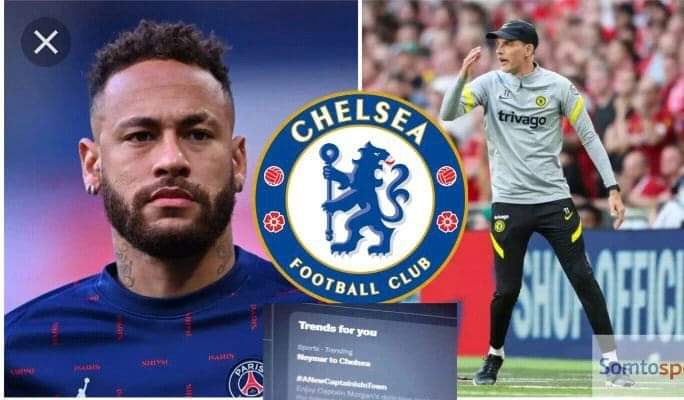 After the deal has been successfully completed, Chelsea’s attention will likely turn to the approaching summer transfer season. The Blues are aiming to boost their roster with a variety of players, including the striker for Paris Saint-Germain, Neymar.

The Blues have been keeping an eye on the situation involving the Brazilian winger, but the price tag attached to him might make the transaction more difficult. Tuchel needs to add some depth to his roster, especially a winger who can give him a distinct advantage when it comes to the last third of the field. Since Eden Hazard left Chelsea in 2018, the club’s striking line has been missing some of the inventiveness and explosiveness it had previously had. However, if they are successful in their pursuit of Neymar, they will revive their offensive flow.

PSG just extended Mbappe’s contract, and it seems that the club is open to the possibility of selling Neymar this summer if the appropriate offer presents itself. Despite this, the Brazilian star has indicated that he wants to remain in Paris even if he still has three years remaining on his deal there.

Neymar said, “My most important goal has always been to win as many titles as I can, including the World Cup and the Champions League by being the best player I can be.” These are the goals that I have set for myself for the forthcoming season. Paris is the only viable option. Because I am bound to PSG by a contract, I do not have a choice in the matter. “It will be with PSG.”