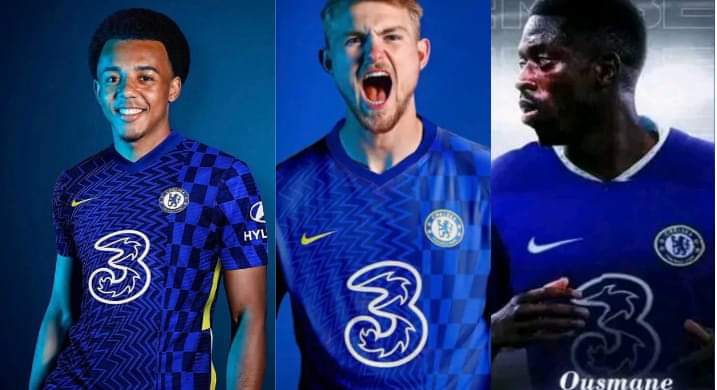 Bayern Munich forward Robert Lewandowski has confirmed that he only want to leave Bayern Munich because Loyalty & respect are more important than work hence the best way is to find the solution. For More News

Lewandowski has verbally agreed personal terms with Barcelona until June 2025 and will undergo medicals after the international duty if an agreement between the two clubs is reached.

Liverpool star James Milner has sign a new one year contract extension at Anfield that will keep him at the club until June 2023. Liverpool are in talks with Naby Keita to extend his hus contract while Alex Oxlade Chamberlain will be allowed to leave Anfield. Real Madrid are optimistic to sign Aurelien Tchouameni on a 5 year deal from Monaco at £80 Million transfer fee as discussions and negotiations are progressing very well. Juventus are at advanced talks with ex-Man United midfielder Paul Pogba agents and have offered him £8 Million net salary per year and talks are ongoing also about Matthijs de Ligt contract which expires in June 2024 amid Chelsea & Man United links. Anthony Lopes is expected to sign a new contract at Lyon that will keep him at the club until June 2025. Cagliari striker Giovanni Simeone has emerged as a potential target for the Gunners according to Italian reports. Real Madrid have been offered the chance to sign Raheem Sterling this summer but he does not feature in their transfer plans at the moment. Real Madrid are interested in signing Lovro Majer from Rennes this summer as they search for Luka Modric long-term replacement as Modric reportedly recommended the Croatian to the board. Chelsea are strongly interested in signing Juventus defender Matthijs De Ligt and have stepped up their pursuit after hi recent claims that Juventus sporting project has not been good enough. Barcelona have cancelled any upcoming meeting with Ousmane Dembele as they are fed up and planning for next season without the French forward amid Chelsea interest. Chelsea received huge boost after PSG pulled out of the race and could agree personal terms until June 2026 in the coming days.