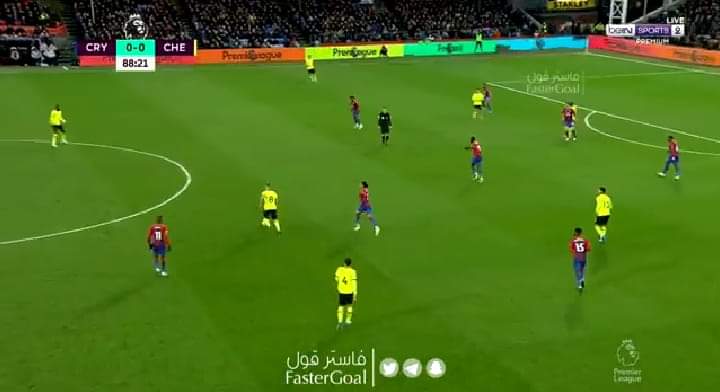 Chelsea were in action today for the first time since winning the club world cup. The blues were allowed to were the fifa club world cup winners badge on their shirts for today’s game.

Chelsea played crystal palace for a premier league fixture. The blues are in position three in the premier league table, just four points ahead of Manchester United, in forth. Chelsea looked to avoid been dragged in a top four less, by winning their game today. Chelsea played lukaku, ziyech, havertz and pulisic in attack. However, the blues only managed to score one goal. Hakim ziyech, who has been the man in form for the blues scored the only and winning goal in the game. In the first half, recent stats showed that lukaku had only two touches in the entire forty five minutes. Jorginho spotted very poor in today game against Palace at Selhurst park stadium because no assist coming from him, we all saw it that immediately Kovacic came in he delivered a masterclass pass reaching Lukaku in front which resulted in a goal disallowed by the VAR. This showed how poor the Belgium striker has been. Chelsea fans were angered with those stats as they clearly showed that he is not willing to work hard for the team. Chelsea should terminate his contract and let him leave. He also was offside in ziyech’s goal that was ruled out. Is lukaku turning to a complete liability for Tuchel’s side.