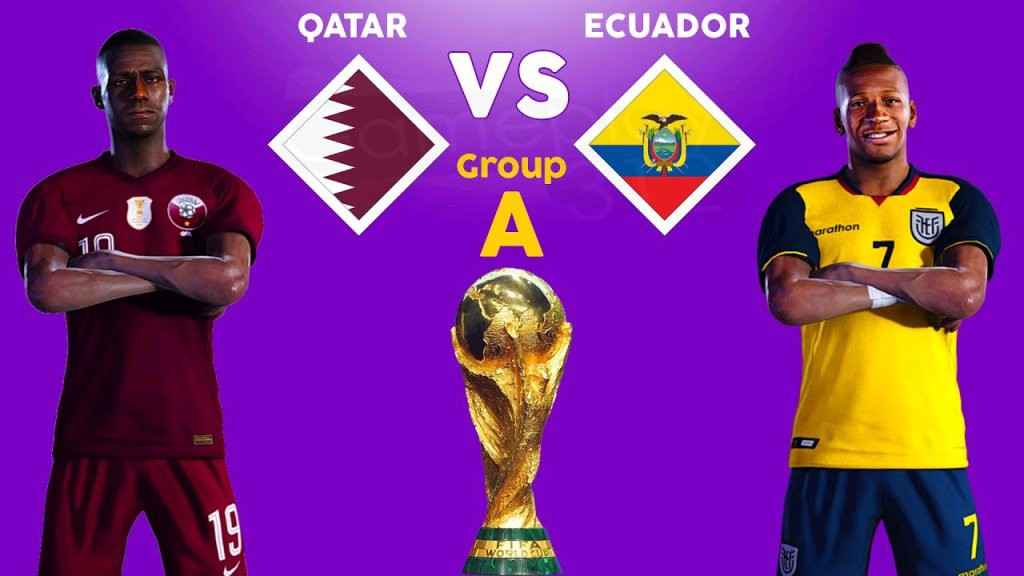 The first match of the Qatar 2022 FIFA World Cup will be between the host country and South American side Ecuador at the Al Bayt Stadium on Sunday. Both teams are in Group A and would need a win to kick off the tournament on a good note.

Qatar is presently in a good form going into the competition as they defeated the likes of Guatemala, Honduras, and Panama. Their last game was against Albania, and it ended in a win for the middle east side. Felix Sanchez Bas’s men could also match Senegal’s record if they can get a win over Ecuador, as they would be the second debutants to win their opening match. Standing in Qatar’s way of having a good start is the South Americans, Ecuador. They would be making their fourth appearance in the competition, but they have only made it past the group stage once in their previous three. Ecuador is a team that works more with their defence, as they have kept six clean sheets in their last six games, with four of those games ending in a goalless draw.

Qatar form (all competitions) ahead of the game: LDWWWW

Ecuador form (all competitions) ahead of the game: WDWDDD The 31-year-old striker is one of the players the Qatar national team is looking up to against the South American side. He is one of the country’s best goalscorers which Ecuador defenders should be wary of. The 26 years old can play as a centre forward or anywhere on the wings. He currently plays for Al-Duhail SC, and he is one of the players Qatar look up to for goals. Ali should start in attack with Akram Afif The former Everton striker is one of the players Ecuador would be looking after for goals in this contest. Valencia is Ecuador’s all-time highest goalscorer and has scored three goals at the World cup, same with Agustin Delgado. The young midfielder plays for English Premier League side Brighton Hove Albion, and his performance for the Seagulls has led to so many top teams requesting his signature.

He is one of the star men of the Ecuador team, alongside Estupinan and veteran striker Enner Valencia.