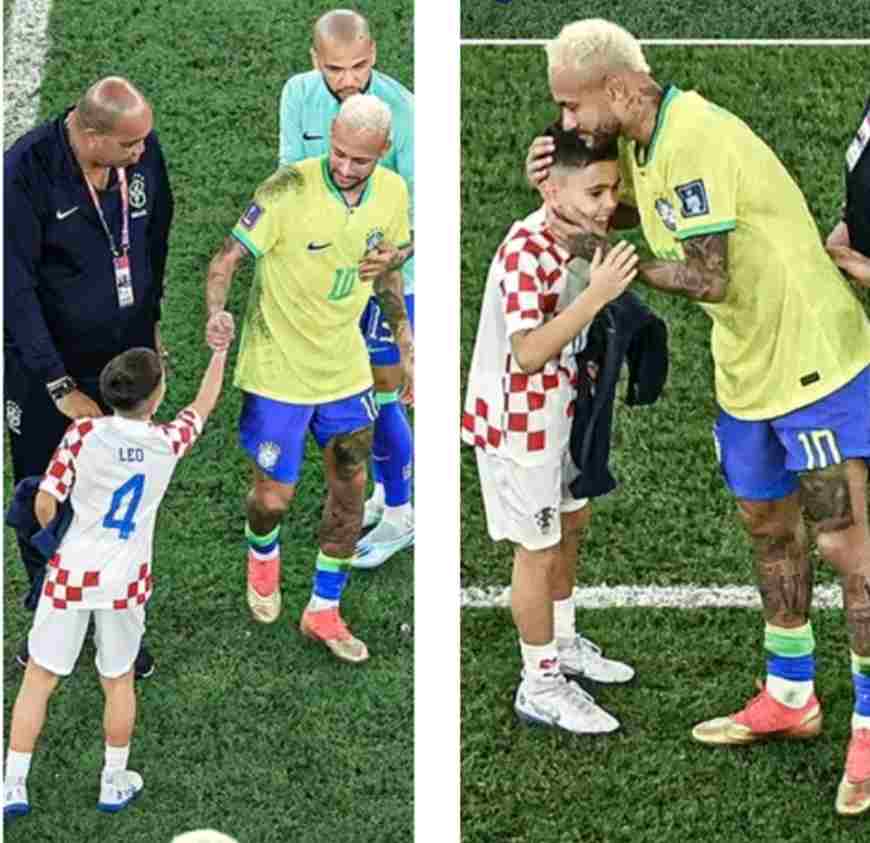 Croatia spectacularly overcame five-time world Champions, Brazil on penalties following a 1-1 draw at the Education City Stadium on Friday to reach the semifinals of the 2022 FIFA World Cup. After the final whistle, Ivan Perisic’s son, Leo ran inside the pitch towards Neymar Junior to console him. This gesture from the young lad consoling his father opponent, Neymar Junior after the match has attracted reactions from football fans and social media users, as some have applauded Ivan Perisic’s son, while some have called it the beauty of football.

A fan wrote: “What a photo, great sportsmanship little lad…”

Another fan wrote: “The beauty of football”

Here are some screenshots of reactions from football fans and social media users: Ivan Perisic and his Croatia teammate will now face the winner of the Argentina vs Netherlands game in the semifinals of the 2022 FIFA World Cup, on Tuesday.