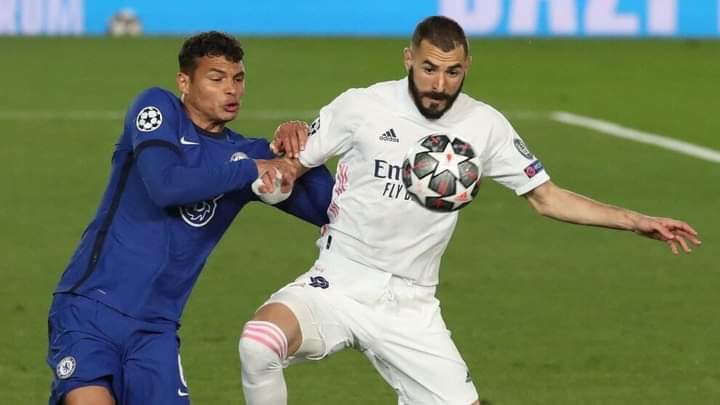 A draw for Real Madrid against Chelsea at the Bernebeau on Tuesday night will be enough to see the Spanish giants cruise into the semi-finals of the UEFA Champions League, after beating Chelsea by three goals to one at Stamford Bridge last week. The La Liga side will head into the game on the back of a two nil win against Getafe during the weekend, which sees them record eight victories out of their last nine competitive matches in all competition, with their only loss being a 4-0 loss against Barcelona in the El Clasico.

Chelsea on the other hand, responded well to their back-to-back home defeat at the hands of Brentford and Real Madrid, with a resounding 6-0 win against Southampton at the St Mary’s Stadium on Saturday.

Although, it looks like the Blues have gotten their mojo back but it is expected that Real Madrid will emerge victorious at the Bernebeau.

Tuesdays clash will make it just the fourth time the two clubs are meeting in the Champions League, with each team having equal number of wins.

Luka Jovic and Eden Hazard will be on the sidelines for Real Madrid on Tuesday, through injuries but Ferland Mendy could be involved in the game, after missing out on the game against Getafe.

The player will be assessed to ascertain the seriousness of the injury, if he fails to recover from the injury then Carlo Ancelotti will be forced to use Nacho in that left-back position.

Federico Valverde is expected to start ahead of Manual Asensio in the right-wing position after a solid performance at Stamford Bridge. Thomas Tuchel is likely to use the same line up that started against Southampton at the weekend, with only Reece James coming in for Ruben Loftus-Cheek.

Apart from Ben Chilwell and Calium Hudson-Odoi, who are confirmed absentees for the clash, Cesare Azpilicueta and Romelu Lukaku could also miss the tie.

Azpilicueta recently tested positive for COVID-19, and could sit this one out while Romelu Lukaku will need to be assessed after sustaining an injury.