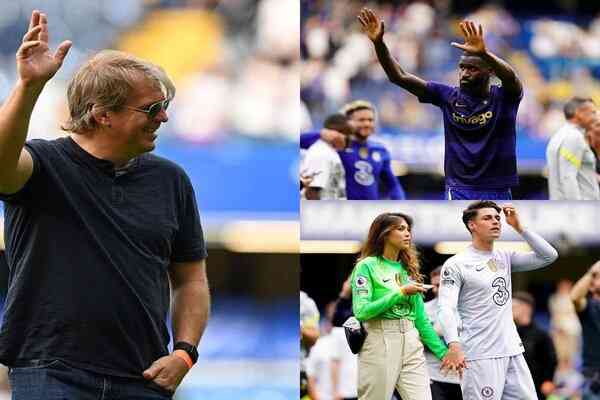 Chelsea football club finished their 2021-2022 Barclay premier league season with an underwhelming 2-1 victory over relegation candidate Watford at stamford bridge, the goals for Chelsea were scored by Kai Havertz and Ross Barkley in between a Watford goal.

At the end of the game the club carried out their end of the season traditional lap of honour, the lap of honour is a time for players, players family members and coaches to show appreciation to the fans. The new club owner Todd Boehly surprisedly joined the squad as they carried out the procession in front of a packed stamford bridge crowd, alongside him includes Antonio Rudiger, Andreas Christensen two players destined to be playing elsewhere next season. Chelsea will hope to be pushing for the title next season and Todd Boehly is showing he is part of the team.