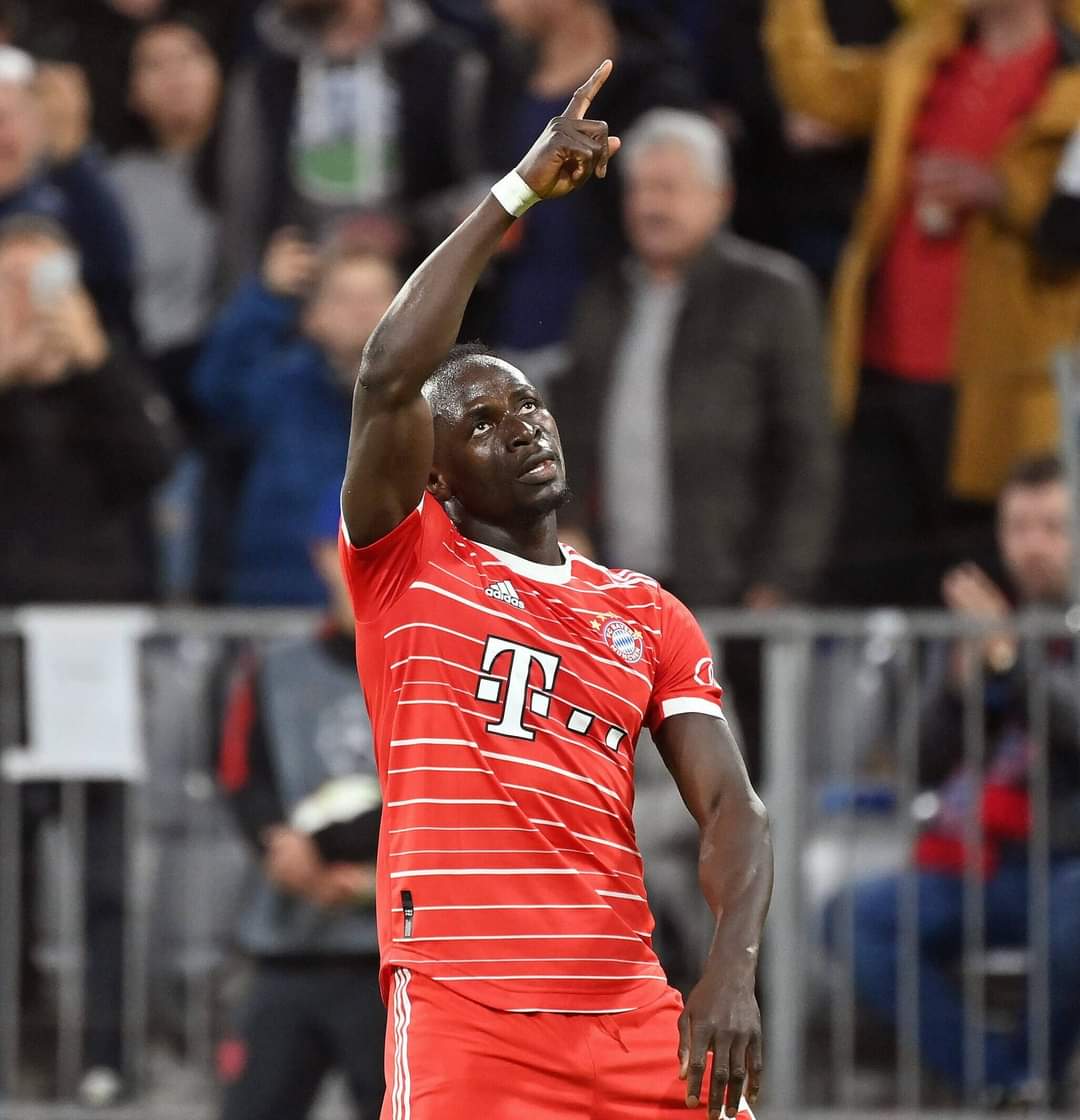 Mane made top four (4) of highest scoring African players in the history of Champions League following his hat-tick against Plzen on Tuesday evening.

Mane win the man of the match award following his outstanding performance and scored a goal to help Bayern Munich defeat Viktoria Plzen 5-0.

The Senegalese seems to have pick his form back following his outstanding performance in the Champions league tonight which saw his netted a goal in Bayern’s 5-0 win over Plzen.