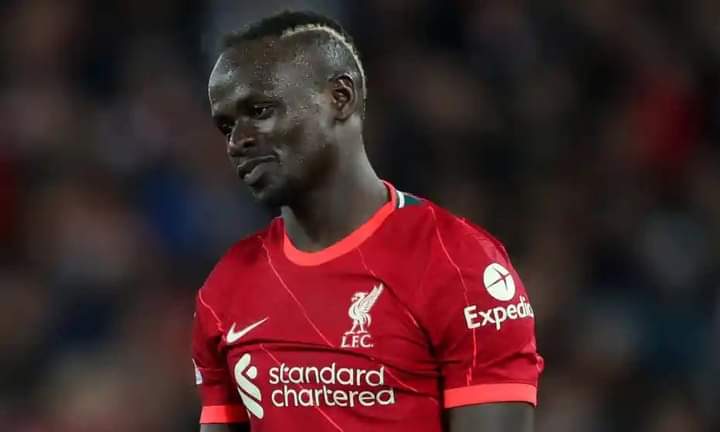 Liverpool and Real Madrid will lock horns on Saturday night in the Champions League final. For the Reds, it is a revenge game as Sadio Mane and teammates still have in mind when in 2018, they lost the title 3-1 against the same opponents Real Madrid in Kyiv.

And ahead of this much anticipated clash, the Senegalese international Mane expressed his full commitment to help Liverpool bring the trophy home.

“I will do everything absolutely possible to win the game for Liverpool.” The Senegal international said on Thursday.

“I think we all forgot about what happened in 2018. For sure, Real Madrid were the better team then and deserved to win the game. But it is going to be a different game.” Added Mane.

Mane is among the favourites for this season’s Ballon D’Or after leading Senegal to victory in the Africa Cup of Nations and winning the League Cup and FA Cup titles with Liverpool.

He said he would be delighted to become the first African to win the prize since Liberia’s George Weah in 1995.

Asked whether he thought African players were ignored in the voting process, Mane said: “It’s true, which is sad.

“This cup, the Africa Cup of Nations, is the biggest trophy I have won in my life. For me it would be even more special to have another bonus, which is the Ballon d’Or. And I would be the happiest player in the world.”

The nominees will be announced on August 12 and the winner declared on October 17.

The Senegalese international further said that he will reveal his future plans only after Saturday’s Champions League final against Real Madrid.

Mane, who joined Liverpool in 2016 and has scored more than 120 goals for the Premier League club, was considering leaving Juergen Klopp’s side in search of a new challenge.