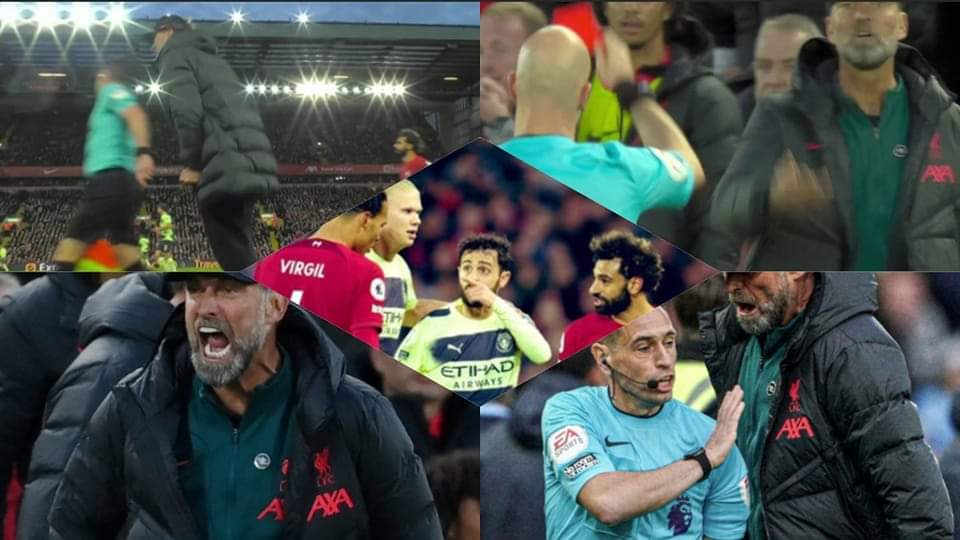 Liverpool manager Jurgen Klopp was sent off after Bernado Silva’s rough tackle on Mohamed Salah as he protest and call the attention of the center referee to it.

The Liverpool boss is absolutely furious as Salah doesn’t get a free-kick.

Referee halts play and shows the red card to Klopp.

JURGEN KLOPP GETS A RED CARD AND IS SENT OFF 😳 pic.twitter.com/NfsVUbw3Yk