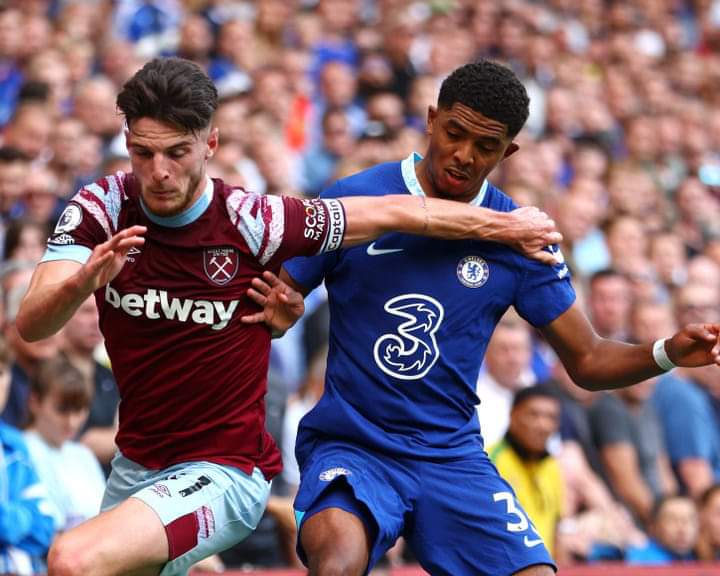 Fans of Chelsea were treated to the debut of one of their summer acquisitions against West Ham, and they were pleased.

Wesley Fofana was thrust into action and given a full home debut by Thomas Tuchel in an effort to shore up a defense that has been porous thus far this season.

The Frenchman was unable to contribute to a clean sheet at Stamford Bridge, but he was also powerless to prevent either goal, as both were the result of defensive miscues.

The new No. 33 had a reliable teammate at the back, as he started with the veteran Thiago Silva to his left and the current Chelsea star Reece James to his right.

It contributed to a sense of relative comfort for Chelsea, who strolled through the majority of the encounter without giving David Moyes’s team much to work with, but also failed to contribute offensively.

It allowed Fofana to make a low-key start, especially considering that the charismatic Michail Antonio targeted Silva for his height instead of Fofana.

He played the second-most passes on the field with 92 – twice as many as any other West Ham player – and had a remarkable completion rate of 89.1%.

When called upon, the 21-year-old displayed scary quickness to recover and continued Antonio Rudiger’s aggressive outside central defender role.

Fofana, whose three tackles tied for the most on the field, and two clearances were impressive despite the fact that he was not clearly tested by a stifled Hammers onslaught.

The highlight of his performance was his reaction to Kai Havertz’s late winner.

Fofana, who entered the game in midfield as Ben Chilwell attacked, fell to his knees and gazed to the heavens in ecstasy as Havertz scored on a volley.

His display of fervor was comparable to that of Marc Cucurella, who, following Conor Gallagher’s red card against Leicester last weekend, was visibly irritated with his role in the play.

Even while enthusiasm alone does not win matches, Blues fans would love to see Fofana at his new home and celebrating with similar fervor, especially after a London derby triumph.