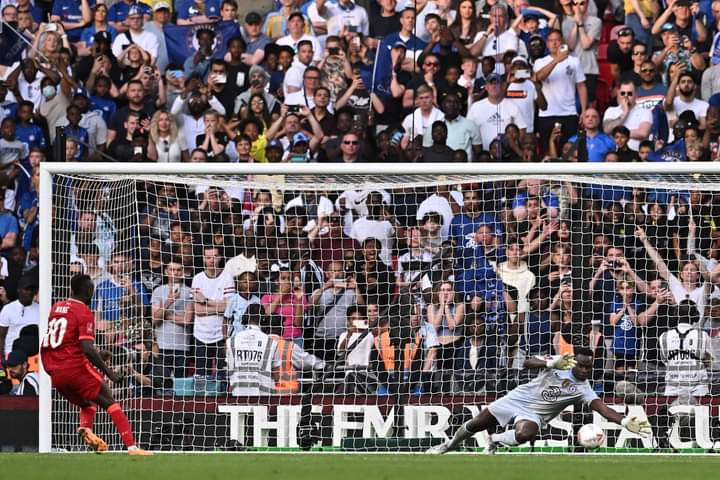 Chelsea played against Liverpool in what was the final of the FA Cup today being Saturday at the Wembley stadium.

Liverpool won the match on penalties after extra-time, and below are seven things that happened during the match. The manager of Liverpool, Jurgen Klopp named a very strong line-up that included the likes of Mohammed Salah, Sadio Mane, Luis Diaz, Alexander Arnold, and Virgil Van Dijk for his side.

3. Mendy makes a good save to deny Liverpool In the early moments of the game, Liverpool had a very good chance to take the lead, after Luis Diaz was presented with a great pass, but Chelsea goalkeeper, Edouard Mendy had to make a good save to deny him.

4. Salah is injured, and get replaced by Jota Liverpool’s Mohammed Salah got injured in the 30th minute of the game, and had to be replaced by Diogo Jota.

In the 22nd minute, Chelsea’s Christian Pulisic had a great chance to, but he failed to convert the chance into goal.