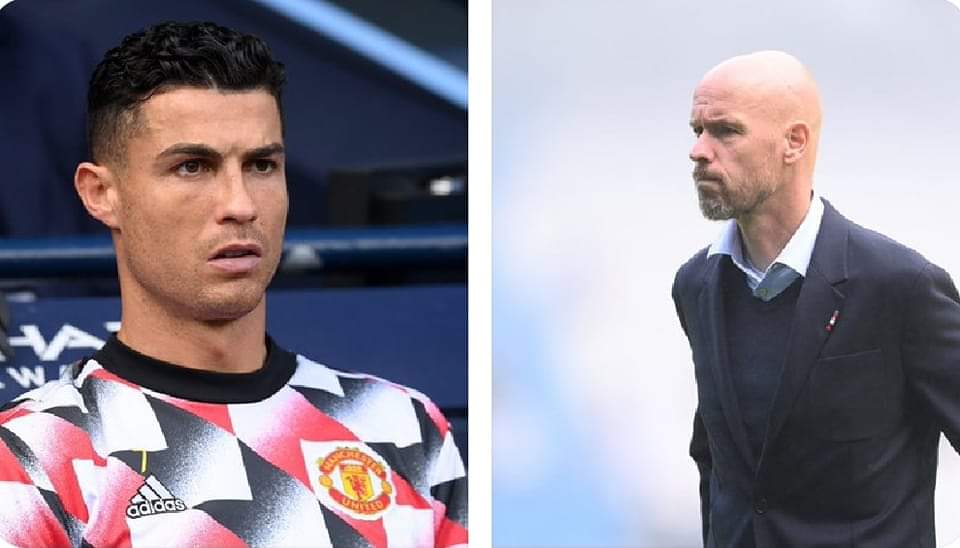 Manchester United boss Ten Hag did not bring Cristiano Ronaldo on in the Manchester derby game against rival in the 6-3 lost Man City at Etihad stadium.

Portuguese star, Cristiano Ronaldo was spotted on the bench with groaning pain as Pep’s men humiliated United in the front of their fans at Etihad, Ten Hag decided to brought on Martial who scored brace for the Red Devils to reduced the goals deficit to three.

Ronaldo made wrong decision to stay at Old Trafford when he have the opportunity to join Chelsea in the summer transfer and play in the Champions League.

Cristiano Ronaldo, 90 minutes on the bench against Man City. Ten Hag: “I wouldn’t bring him in because out of respect for Cristiano, his big career”.

“Other thing was the advantage I could bring Martial, he needs the minutes but I don’t want to point it out like that”.

According to him he didn’t bring in Ronaldo because he see the game out of respect for him and as Erling Haaland and Foden refused to stop scoring.

Haaland and Foden scored hat-tick each in the game as Manchester City defeated Manchester United 6-3 at Etihad stadium on Sunday afternoon.