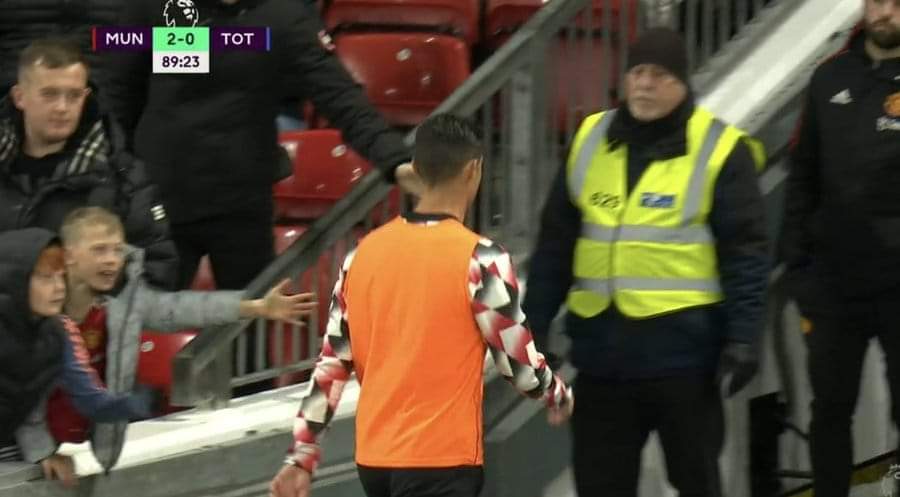 Portuguese star, Cristiano Ronaldo has been spotted with another drama as he angrily walking down the tunnel before the full time after Ten Hag kept him too long on the bench.

Manchester United defeated Tottenham 2-0 at the Old Trafford as Ten Hag refuse to give him chance to play in another premier league big game on Wednesday evening.

Cristiano Ronaldo has left the bench and walked straight down the tunnel with four minutes still to play.#TelegraphFootball #MUNTOT pic.twitter.com/lRMuct5KQd

Ronaldo spotted while walking to the dressing room shaking his head after another 90 minutes on bench, he also kept on the bench for 90 minutes against Man City which resulted in 6-3 humiliated defeat at Etihad.

Cristiano Ronaldo walking down the tunnel before FT 👀 #MUNTOT pic.twitter.com/eD8pk9bkJN

Another drama in Man United vs Tottenham game as their star player walk down to the tunnel before the end of the game.