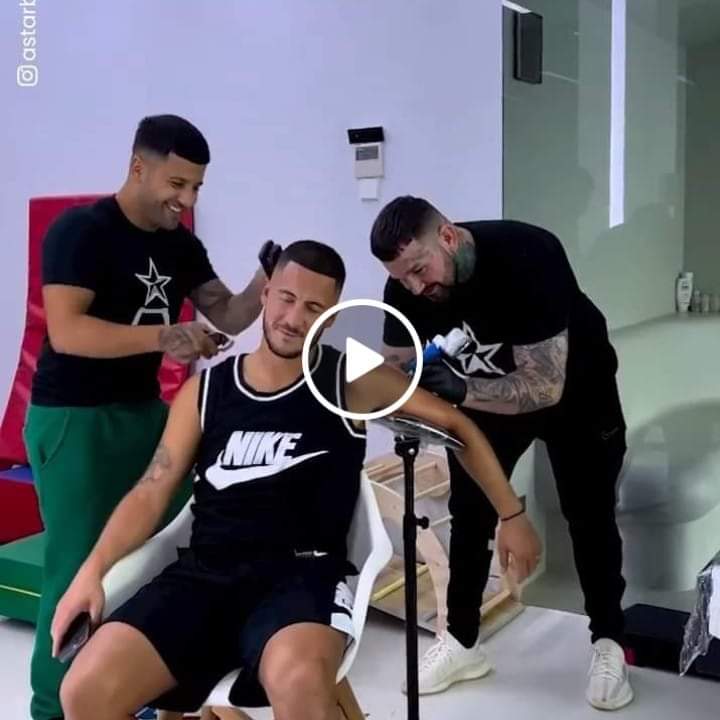 Former Chelsea winger Eden Hazard spotted having his haircut and tattoo at the same time before the derby game.

Real Madrid star, Hazard did not start but he is on the bench against Atletico as the game kick 19:45 pm.

Hazard try to looks good before the derby game against Atletico Madrid this evening as he was spotted having haircut and tattoo at the same time.

Rudiger did not start for Los Blancos as he was benched and he will come in later.