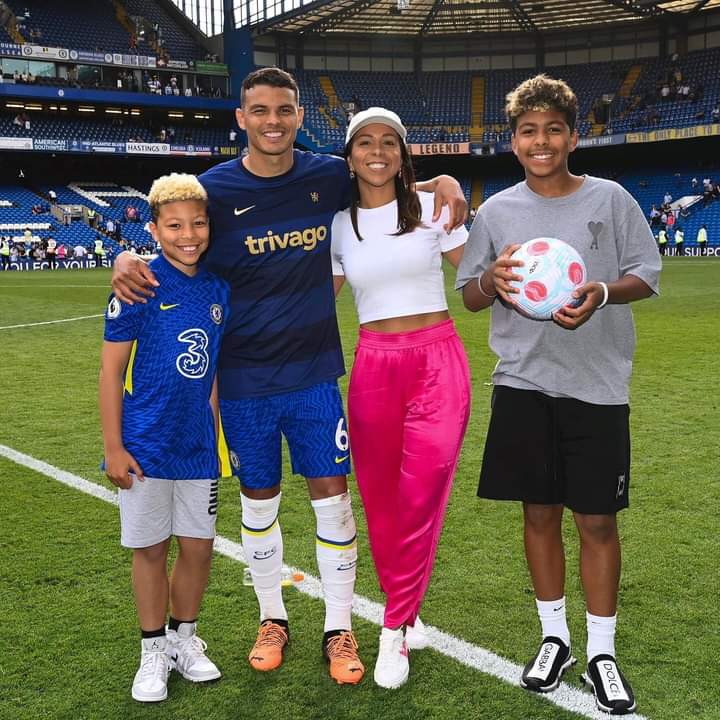 Thiago Silva wife, Isabele da Silva has taken to social media to thank Chelsea after seeing a photo of her husband at Stamford Bridge ahead of Saturday’s game against Leicester City.

You will recall on the 14th of August this year, that Isabele da Silva called out Chelsea for not putting any photo of her husband (Thiago Silva) around the stadium during Chelsea’s 2-2 draw against Tottenham Hotspur at the Stamford Bridge. However, after seeing a photo of Thiago Silva at the Stamford Bridge on Saturday afternoon, ahead of Chelsea game against Leicester City, Belle Silva has took to social media to thank Chelsea. This tweet from Belle Silva thanking Chelsea after seeing a photo of her husband at Stamford Bridge has attracted reactions from fans and social media users, as some have applauded her and wish they have such a wife, while some finds it very funny.

Here are some screenshots of reactions from fans and social media users: