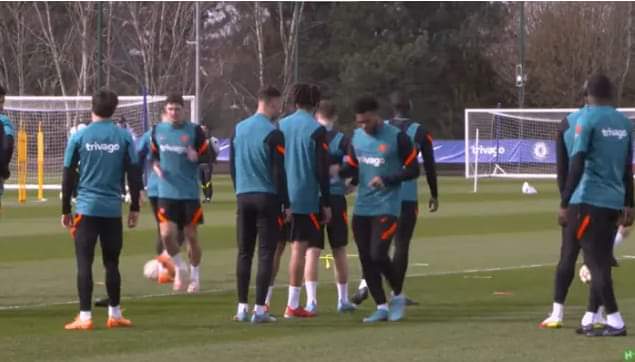 Chelsea manager Thomas Tuchel has been dealt five outfield injury boosts ahead of this weekend’s Premier League return. The straight road that is the season run-in has arrived following the international break, and Tuchel will want to guide the Blues to another strong finish domestically and in the Champions League.

Ahead of this week, as many as six Chelsea players were deemed unfit after missing previous fixtures and international duty. But at least four could be back in action when Tuchel’s side return to action at Stamford Bridge later this week.

On March 18, Tuchel said: “We have to do late tests to see if he can even do full training today and be match ready for tomorrow, which is a big doubt.” Gareth Southgate then excluded Reece James from his England squad through injury. But James was spotted back in training on Tuesday and should be available for Brentford.

Callum Hudson-Odoi has also spent a spell on the sidelines with an injury around his calf. After Tuchel explained, ‘we will try to have them join in training later, but this will be a very tight race’, he seemingly didn’t win that race before the break. Hudson-Odoi has joined James back in training this week, though.

Andreas Christensen wasn’t in Tuchel’s squad for the FA Cup triumph at Middlesbrough and also missed Denmark’s friendlies against the Netherlands and Serbia. Last week, Denmark boss Kasper Hjulmand admitted his condition didn’t ‘look so good’. However, he is also back in Chelsea training ahead of the weekend.

Saul Niguez hasn’t played since March 10 after being struck with Covid-19, but he will offer Tuchel more midfield options this weekend. The on-loan Atletico Madrid star has been spotted in training, which indicates he has fully recovered from his period with the dreaded virus.

It’s a five-star injury report for Tuchel. Kepa Arrizabalaga has also recovered from illness and will likely return to the bench against Brentford. Edouard Mendy is still first-choice, even more so after his penalty heroics helped Senegal qualify for the World Cup on Tuesday.

Ben Chilwell is still out as his recovery from knee surgery continues. He’s almost certain to be absent for the remainder of the season.