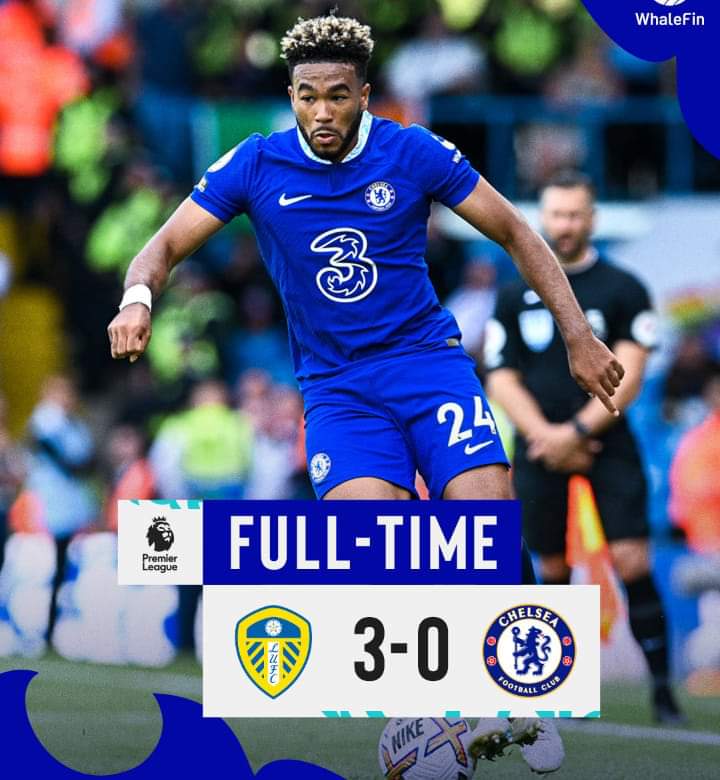 Chelsea lost their first game in this English Premier League season as they lost 3-0 to Leeds United at the Elland Road on Sunday afternoon.

The host scored two goals in the first half of the game through Brenden Aaronson and Rodrigo Moreno. Former Manchester City defender Jack Harrison scored in the second half to make the scores 3-0.

The host deserved the win as they showed they wanted the points more than Chelsea in the game.

Despite the loss, here are three Chelsea players that had a good game against Leeds United. The English defender had a good game but he didn’t show in the result for the Blues. He was not played in his preferred position with Ruben Loftus-Cheek playing as the right-wing back, even with that James still joined in the attack when Chelsea needed goal in the game. The England international was showing a lot of signs of urgency upfront but other players were not in the same energetic level that he was. The summer signing started the game ahead of Ben Chilwell and didn’t disappoint in the game. He joined in attack and also defender his wing with Leeds attacking mostly in the opposite position.