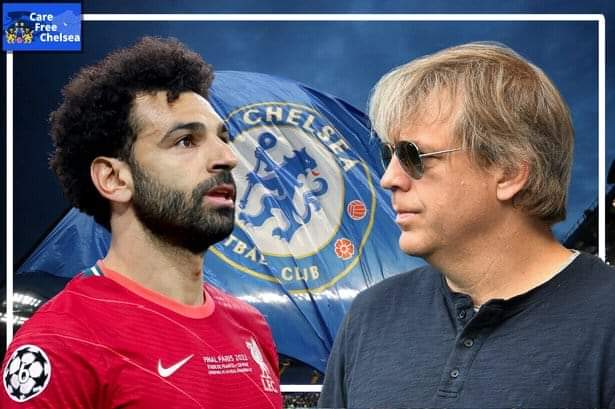 Chelsea are one of three clubs that could sign Mohamed Salah as the Egyptian is said to want a Premier League move.

The prospect of Chelsea signing Mohamed Salah from Liverpool is ever so satisfying. A couple of years ago, if asked whether Salah would return to west London, I would have laughed. A Liverpool fans’ worst nightmare could turn into reality if Mohamed Salah decides to part ways with the club.

The Athletic’s James Pearce has reported on the possibility of Salah’s departure. The report suggests that if the 29-year-old were to move on, he would prefer to stay in England and the Premer League. There’s no doubt that Chelsea would monitor this situation as Salah enters the last year of his contract with the Reds.

Chelsea have struggled in the past with finding the right fit for their attacking trio. They’ve signed Timo Werner, Hakim Ziyech, Romelu Lukaku and more in the last two years, but something tells me Mohamed Salah would be the answer to all of our issues. I know, you know it, and I’m sure Todd Boehly does too.

Chelsea are one of three clubs that Salah could move to if he decides to leave Liverpool. There’s also the option of Manchester City and, of course, the now richest club in Europe, Newcastle. When we think of players that are worth the fight, Salah would be right at the top of the list but is he worth the hassle?

It’s been publicised that the Egyptian international is not happy with his wages at Liverpool. According to Spotrac, Salah earns £200,000 a week. Considering that he is hailed as one of, if not the best player in the Premier League, these wages are not entirely up to scratch. Kevin De Bruyne earns £400,000 a week, whilst David De Gea, Jadon Sancho, Romelu Lukaku, Jack Grealish and Raheem Sterling earn £300,000 a week or more.

Salah does not even sit in the top 15 earners in the Premier League. In fact, no Liverpool player does and this could be the reason Sadio Mane has decided he wants to leave Liverpool this summer, with his deal also expiring in 12 months.

As much as he is worth the money, Chelsea will be looking at putting Salah in a wage bracket beyond the norm. The wage structure at Stamford Bridge has remained far from extravagant prior to the arrival of Lukaku. Timo Werner was the highest earner at £272,000 a week. Bidding for the Egyptian, who is currently valued at £90 million-plus accepting his £400,000 wage demands may prove costly for Tuchel’s rebuild.

Manchester City will probably face a similar issue if they are interested in a move on their main rival’s star player. After triggering Erling Haaland’s £51 million release clause, they will be paying the Norweigian £375,000 a week.

Of course, if Salah is willing to run down his contract next season, that would be a different story. Paying £400,000 a week for a world-class player who costs nothing would be a dream solution for the Blues. Todd Boehly would probably prefer a free transfer, saving the Blues some money in order to fund a talent as such. Liverpool could lose out on their talisman if the Blues come knocking.