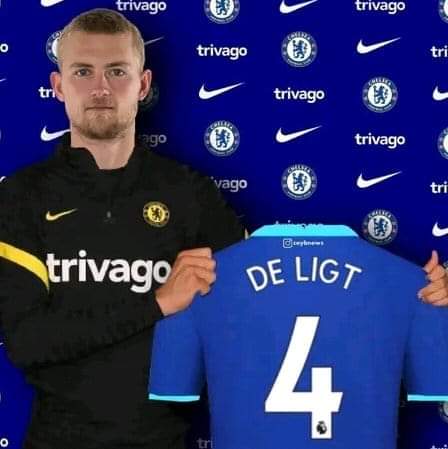 Chelsea have made their interest known to the public as they set to complete the signing of Dutch international to bolster the blues front ahead of EPL new season.

Todd Boehly is now in charge of Chelsea transfer decision after Marina Granovskaia left office as the blues Chief.

The Sport Info learnt that discussion is ongoing between Chelsea and Juventus according to sports analyst Fabrizio Romano.

Chelsea are genuinely interested in Matthijs de Ligt, confirmed. Juve will ask for a big fee as they’re discussing to extend Matthijs’ contract, but still no full agreement.

Will De Ligt be Chelsea first summer signing or Joules Kounde as they are making serious effort to bring these players to Stamford Bridge.