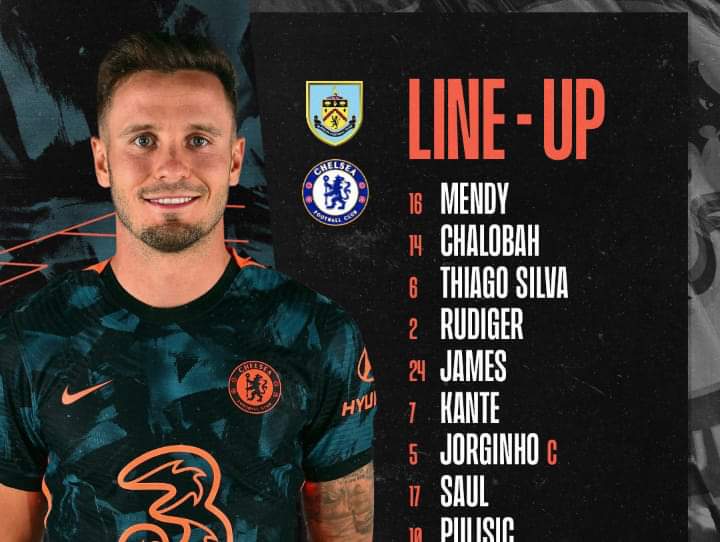 Chelsea will play against Burnley today by (4pm) at Turf Moor. Chelsea football club are expected to win the game, so as to be able to secure their spot in the top 4 of the English premier league table. Currently, The blues are just 3 points above Manchester United on the league table.

However, Chelsea manager Thomas Tuchel may have the opportunity to include Moroccan winger Hakim Ziyech and Reece James, are both players are fully fit to face Burnley.

The likes Romelu Lukaku, N’Golo Kante, Kai Havertz, and Jorginho will also be available for selection in order to continue their brilliant form in the Premier League.

Can Chelsea football club defeat Burnley with the starting lineup?