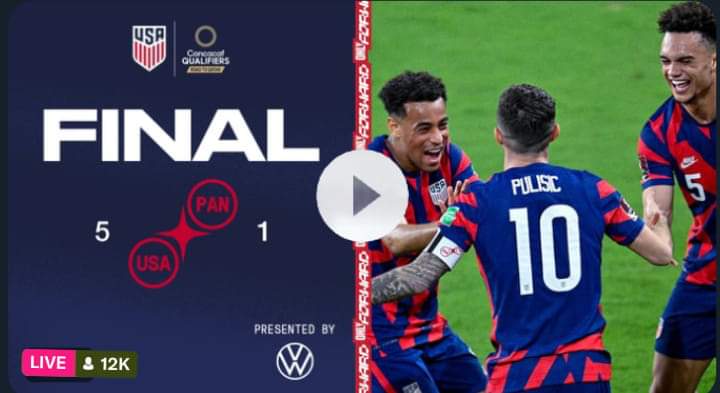 The United States men’s national team got quite close to beating bitter rivals Mexico at Estadio Azteca last Friday, but had to settle for a goalless draw instead. Had Christian Pulisic worked his magic in one of the couple of great chances he had, history could be different here with the USMNT guaranteeing an early World Cup berth from the CONCACAF qualifiers.

Instead of lamenting the past, it is better to look at the next fixture. That is what Pulisic and co. did at home against Panama, with the Chelsea attacker bagging a hat-trick in a dominant 5-1 victory over the visitors at Exploria Stadium.

The USMNT and Pulisic’s first goal came in 17 minutes into the match. A harsh foul by Aníbal Godoy on Walker Zimmerman in the penalty box was initially waived off by the referee, but correctly called by VAR. After some display of “dark arts” by Jesús Ferreira, fooling Panama players into thinking he was the one to take the spot kick, Pulisic stepped up and converted the chance with the goalkeeper heading in the straight opposite way of his shot.

The hosts would build on this momentum, extending their lead threefold in the next 10 minutes. Paul Arriola scored the second goal of the day for the USMNT, and then turned assistant to Jesús Ferreira’s effort.

A 3-0 lead allowed the Americans to be a bit more “lax” on ball possession, allowing Panama to pick up some momentum of their own and try a few shots at Zack Steffen’s goal. However in the closing minutes of the first half, Godoy once again showed up for all the wrong reasons and gave away another penalty.

The pre-kick “ritual” was almost a repeat of the first spot kick. Ferreira took the ball, heard all kinds of offenses to the umpteenth generation of his family, and gave it to Pulisic to score his second of the night.

Nothing new in his goalscoring, but otherwise in his celebrations. The “worm” could have been done a bit better, had he not realise he was being watched by millions across the world.

Heading into half-time 4-0 and with the opposition not being in the best of moods, the USMNT were far from troubled. There was little danger from Panama’s attempts at attacking, with the team having little idea on what to do with possession. Pulisic completing his hat-trick at minute 65, to make it 5-0 in the hosts’ favour with a typical great goal from the American trickster, would put the match beyond doubt.

While Panama did pull one back with Godoy, it was already too late to mount a proper comeback. Now a simple draw against Costa Rica this Wednesday will suffice to get the USMNT a direct spot into the World Cup this year.