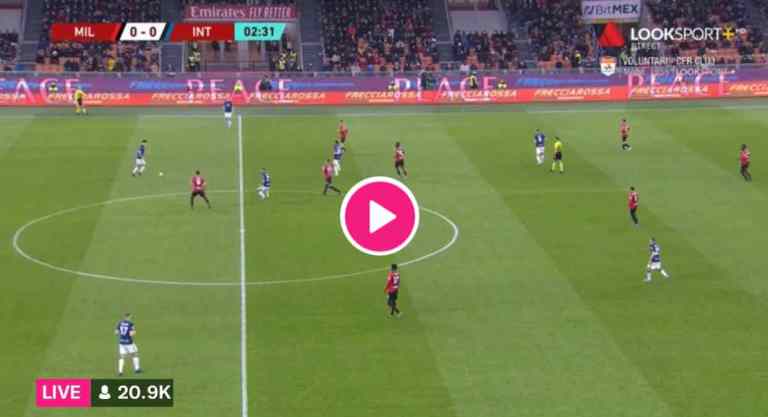 AC Milan vs Inter Milan live stream – It’s the Milan Derby in the 2022 Italian Cup semifinals as AC Milan takes on Inter Milan Tuesday. Both sides will be looking to end long-running droughts in the Coppa Italia. Tuesday’s match will be the 1st leg of the semifinals matchup, with both legs being played at San Siro, the home stadium for both Milan club. AC Milan hasn’t won the Italian Cup since 2003 while Inter hasn’t won since 2011. These teams have played twice in recent months, with AC Milan winning in February and the sides drawing in November. AC Milan currently sits second in the Serie A standings with 57 points while Inter trails right behind in third place with 55. Tuesday’s Italian Cup match will air on TV for fans in the United States via CBS Sports Network. Fans who don’t have cable can also watch the match via Paramount+, Sling and fuboTV, which have free trials.

TV channel: Viewers in the U.S. can watch the match on TV via CBS Sports Network in English.

More coverage via the Associated Press

A look at what’s happening in European soccer on Tuesday:

The fifth round of the FA Cup begins with Manchester City among three Premier League teams facing second-tier opposition. City, the Premier League champion and six-time FA Cup winner, is away to Peterborough, which is in last place in the Championship. Crystal Place hosts Stoke while Tottenham visits Middlesbrough, which eliminated Manchester United in the last round. The last 16 is played over three days, with Liverpool and Chelsea in action on Wednesday. In the Premier League, Burnley can climb out of the relegation zone with a home win over Leicester.

It’s been a long time without success for both AC Milan and Inter Milan in the Italian Cup ahead of their derby match in the first leg of the semifinals. Milan hasn’t won the cup in nearly two decades — since 2003 — while Inter hasn’t gotten past the semifinals since winning the last of its seven titles in 2011. The Milan teams drew 1-1 in their first Serie A derby of the season in November then Olivier Giroud scored twice when Milan beat Inter 2-1 three weeks ago in the league. Defending champion Juventus visits Fiorentina in the first leg of the other semifinal on Wednesday. The second-leg matches are scheduled for April 20, with the final May 11.

With Bayern Munich and Borussia Dortmund both eliminated, the path is open for smaller clubs to succeed in the German Cup. Union Berlin takes on second-division St. Pauli in the first of the quarterfinals. A win would mean Union’s most successful cup campaign since reaching the 2001 final, which it lost to Schalke.

Nice plays fourth-tier Versailles in the French Cup semifinals. Nice has beaten Paris Saint-Germain and Marseille en route to the semifinals and is enjoying a strong season, with the team also in third place in the league. Versailles has surprisingly got through to this stage after advancing through six rounds.