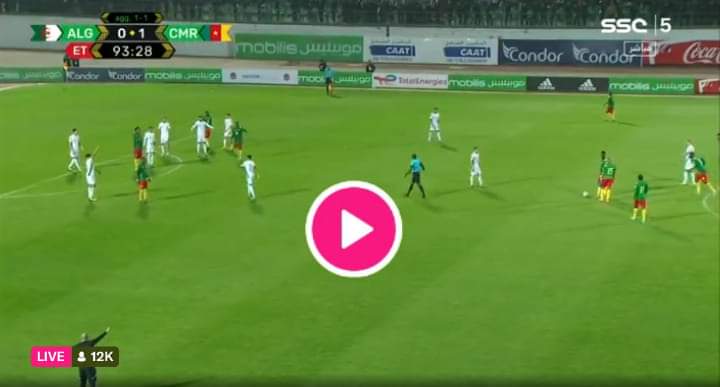 Gambia, the surprise team of AFCON, look to continue their magical run and reach the semis as they face hosts Cameroon in the AFCON quarterfinals over at Japoma Stadium on Saturday.

In the United States, the match (11 a.m. ET start time) will be televised on beIN Sports Xtra (English broadcast) and beIN Sports Xtra Español (Spanish broadcast). But if you don’t have cable, here’s how you can watch a live stream of Gambia vs Cameroon and every other AFCON 2022 match online:

Once signed up for FuboTV, you can watch Gambia vs Cameroon and every other AFCON 2022 match live on the FuboTV app, which is available on your Roku, Roku TV, Amazon Fire TV or Fire Stick, Apple TV, Chromecast, Xbox One or Series X/S, Samsung TV, LG TV, any device with Android TV (such as a Sony TV or Nvidia Shield), iPhone, Android phone, iPad or Android tablet. Or you can watch on your computer via the FuboTV website.

If you can’t watch live, FuboTV also comes with 250 hours of cloud DVR space, as well as a 72-hour look-back feature, which allows you to watch the match on-demand within three days of its conclusion, even if you don’t record it.

This is the first time that these two teams face off in an international setting of this magnitude.

Gambia are the darlings of the tournament after getting to the quarters of AFCON, but they know that the most difficult obstacle is right in front of them in the Indomitable Lions. There is even more context to this match as they find themselves on the doorstep of making history. Gambia are looking to become the first debutants to reach the semi-finals of the Africa cup of Nations since South Africa in 1996 (who went on to win the competition).

For Cameroon, the pressure might begin to ratchet up just a bit. Being in their own backyard and finding themselves three wins away from the title, might leave some sort of stumbling blocks that they could trip over. Yet if you look at the prospect of facing a team like Gambia ends up being a positive trend. The host nation won their last three Africa Cup of Nations matches against tournament debutants, more victories than in their first six such games in the competition combined (W2 D3 L1), while they can make it four in a row here against the minnows.

There is one doubt for Tom Saintfiet’s side as defender Noah Sonko Sundberg after he is looking to be able to be fit on time for this match. while Yusupha Njie is banned after his red card in the last-16 win over Guinea.

On the individual basis, Vincent Aboubakar scored in each of his last five in this competition (six in total this year and one in 2017). He also is on the verge of becoming the first player to score in a team’s first five games in a single edition in the competition’s history.

For Antonio Conceição, he is rather fortunate that he will have a fully fit squad and no one that will be ineligible for this match due to yellow card accumulation.