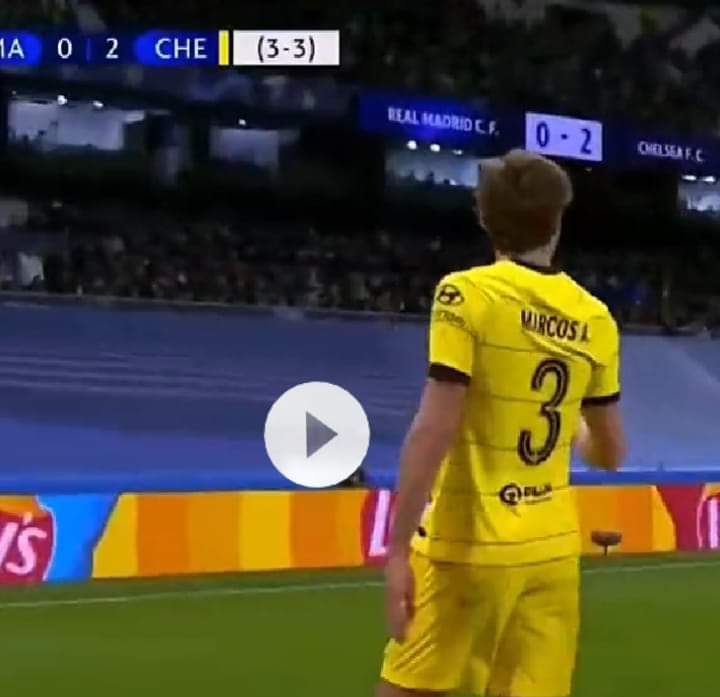 Chelsea brought their best performance to the second leg against Real Madrid tonight, as they fought to come back from a 3-1 aggregate score (losing to Real Madrid), to 3-3 before this article was made thanks to goals from Mason Mount and Rudiger.

Alonso scored the third goal for Chelsea on the night and on the 66th minute, but it was chalked off by the VAR team due to an infringement spotted by the assistant referees. According to the panel, Alonso’s goal was cancelled because the Chelsea player handled the ball before his goal. This decision is harsh, as it only slightly brushed his hands after he had done all the hard work to get into that goal scoring position. But it is rightly stated in the law books of football.

Right now the score is 4-4 on aggregate as Timo Werner and Rodrygo both scored for their respective clubs.