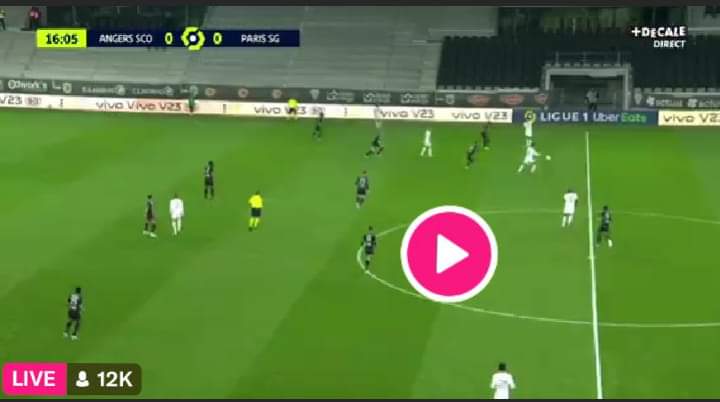 Paris Saint-Germain will hope to reclaim their Ligue 1 crown when they travel to face Angers on Wednesday night.

If other results go there way, PSG can wrap up the title with a win – although they are highly unlikely to be caught at this stage anyway.

Mauricio Pochettino’s side moved 15 points clear of second-placed Marseille with a 2-1 victory over their closest rivals on Sunday night, meaning victory in midweek and anything less than three points for Les Phoceens against Nantes – who kicks off at the same time – would mean PSG are champions with five games to spare.

Some indifferent mid-season form has seen Angers slip to 14th in the table, so PSG will be confident of getting their part of the job done at Stade Raymond Kopa.

Here’s everything you need to know about the match…

When is kick-off? Wednesday 20 April, 20:00 (GMT)
Where is it being played? Stade Raymond Kopa, Angers
What TV channel is it on? BT Sport 1 (UK), beIN Sports (US)
Highlights? Ligue 1 Conforama YouTube channel
Who’s the referee? Johan Hamel
Who’s the VAR? Jerome Brisard

Wingers Jimmy Cabot and Mathias Pereira Lage will both miss out through ankle and knee issues respectively, while striker Stephane Bahoken is a doubt with a muscle problem.

Left-back Souleyman Doumbia will likely be restored to the starting lineup having been suspended for Angers’ last game, a draw with Nantes.

Brazilian star Neymar will miss this one after picking up a yellow card suspension in the typically ill-tempered victory over Marseille on Sunday night – a game in which he opened the scoring.

Midfielders Leandro Paredes and Julian Draxler will both miss out as they continue their recoveries from surgery, while Abdou Diallo, Layvin Kurzawa and Ander Herrera are all doubts.

Angers have won just twice in 2022 so far and have been in indifferent form in recent weeks, so in theory this should be a straightforward task for the side from the capital.

Their opponents’ struggles and the motivation of snatching their Ligue 1 crown back from Lille should be more than enough to see Les Parisiens to victory on the road here.

Whether Nantes can help them out elsewhere, though, remains to be seen.