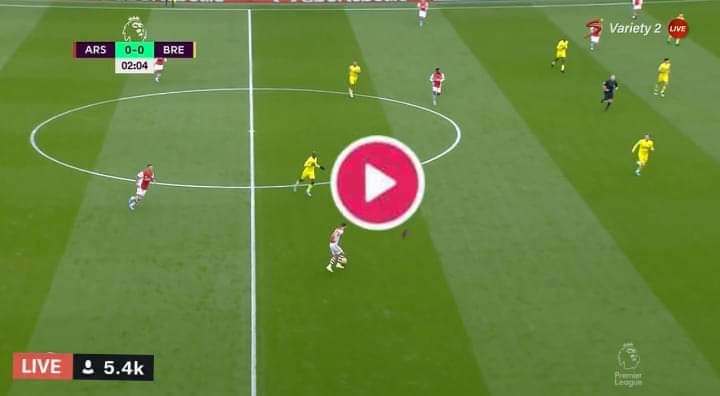 Arsenal vs Brentford live stream – Arsenal welcome Brentford to the Emirates Stadium on Saturday as they look to strengthen their top four credentials in the Premier League.

The Gunners were handed the initiative in the race for the top four last weekend after Man Utd, Tottenham and West Ham all dropped points, with Mikel Arteta’s side currently sat on 39 points with three games in hand.

The visit of Brentford to north London will evoke memories of Arsenal’s 2-0 defeat to the Bees on the opening night of the season, with Arteta’s side now an entirely reinvigorated team.

Gabriel Martinelli is unavailable for Arsenal after his red card in the 1-0 win over Wolves last time out.

Takehiro Tomiyasu is also a doubt after Arteta admitted the Japanese’s calf injury had to be managed ‘carefully’, which means Cedric Soares could retain his place at full back. Bernd Leno, meanwhile, has returned to the fold after recovering from Covid-19.

Ivan Toney is expected to return in time for this weekend after missing the Bees’ previous two games with a calf injury.

Christian Eriksen also featured in a bounce game for the Bees in midweek, raising hopes that the Dane could make his debut for Brentford very soon.

The pressure on Arteta’s position as Gunners boss almost reached boiling point when these two sides met in the reverse fixture back in August.

After a dismal end to last season with defeat in the Europa League semi-finals against Villarreal, Arsenal were behind just 22 minutes into the Premier League restart.

Christian Norgaard doubled the Bees’ in the second half lead after a mix-up from Arsenal at a long throw-in, although even the most ardent Arteta critics will point to the fact the Gunners were missing Pierre-Emerick Aubameyang, Alexandre Lacazette, Gabriel and Thomas Partey that evening.

These are the games Arsenal cannot afford to drop their guard in if they harbour serious hopes of returning to the Champions League next season.

The Gunners were hardly spectacular going forward in their 1-0 win at Molineux last time out, but their much improved defensive resilience this season meant they got over the line comfortably that evening.

It could be a similarly tough assignment this weekend against a Brentford side who held Crystal Palace to a goalless draw last weekend.