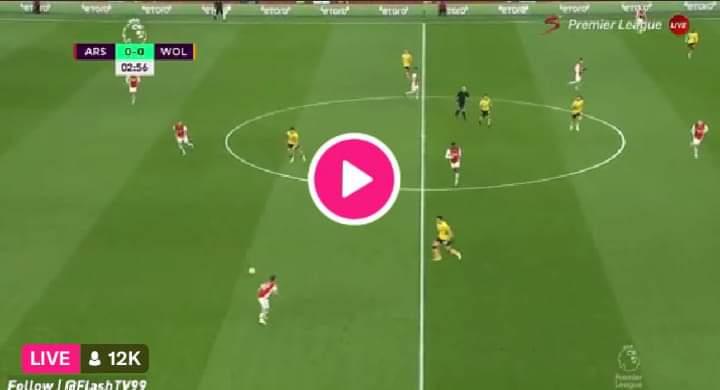 Arsenal vs Wolves live stream – Arsenal host Wolves on Thursday night in the Premier League as both sides look to keep in touch with the European qualification spots.

The two clubs are separated by just two points heading into the clash, with each winning four of their last six games in the top flight.

This game was originally scheduled to take place during December’s hectic Christmas schedule, but a raft of positive Covid-19 cases in Wolves’ camp meant it needed to be rearranged.

Here’s what you need to know ahead of the game.

How to watch Arsenal vs Wolves on TV/live stream

In terms of absentees, Wolves will be without Hwang-Hee chan, Pedro Neto, Willy Boly, Jonny and Yerson Mosquera.

Adama Traore’s departure to Wolves means an attacking position will open up, though he wasn’t an automatic starter at Molineux during the first half of the season.

Romain Saiss has returned from Africa Cup of Nations duty and may slot into defence.

With Pierre-Emerick Aubameyang now at Barcelona, the striker role is Alexandre Lacazette’s. The Frenchman has three Premier League goals so far this season.

Mohamed Elneny has returned to England after his AFCON heartbreak with Egypt, while there are further fitness concerns over Cedric Soares and Takehiro Tomiyasu. Bernd Leno is out.

Arsenal hold the edge in the head-to-head standings, winning 58 of the 118 meetings, though the Wanderers have enjoyed more success in the more recent games.

They did the double over the Gunners last season, winning both games 2-1, with the last fixture between the two being packed with action.

Arsenal had taken the lead through Nicolas Pepe, but David Luiz was soon sent off and Ruben Neves tucked in the resulting penalty. Joao Moutinho gave the home side the lead with an excellent strike from distance before the Gunners were reduced to nine players as Bernd Leno was dismissed for handling the ball outside his area.

This game isn’t expected to be a classic. Arsenal haven’t scored a goal since netting against Manchester City on New Year’s Day – a run of four games of poor finishing.

Wolves have been quietly excellent under Bruno Lage this season, though defeat in the FA Cup to Norwich on Saturday ended a run of six games undefeated in all competitions.

Expect a tight encounter, perhaps one that ends goalless.