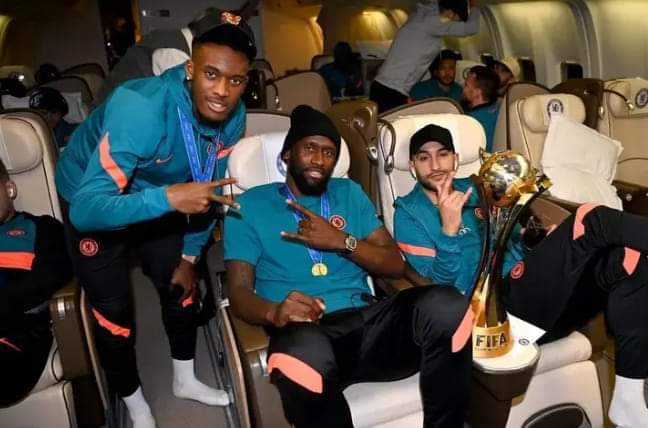 The players led by captain Cesar Azpilicueta took time to post the photos of themselves on flight displaying the club world cup trophy. Cesar Azpilicueta shows of the trophy alongside the flight captains. Photos credits, Instagram

Other players such as as Hakim Ziyech, Antonio Rudiger, Callum Hudson-Odoi and jorginho where not left out of the act as they equally posted their photos too. The players will have only few days to celebrate the victory before returning to the training ground ahead of a crucial week ahead where they will play Crystal palace in the league and host Lille in the UEFA champions league knockout stage.