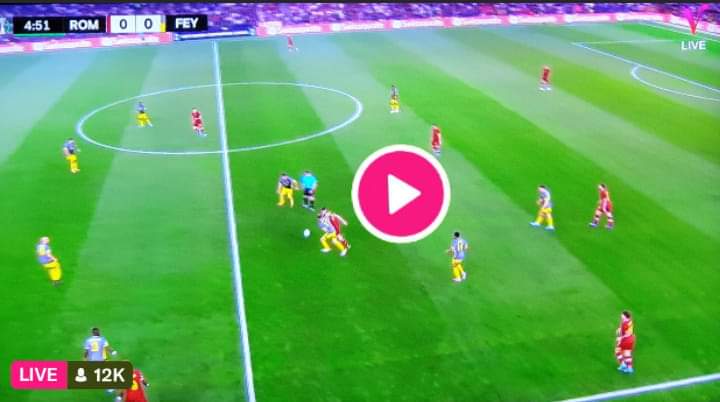 Jose Mourinho and A.S. Roma are back in a European showpiece game for the first time in a long time on Wednesday night.

They’ll face Dutch giants Feyenoord in the inaugural final of the Europa Conference League after seeing off Leicester City in the semi-finals.

Here’s how to catch the game in Ireland:

When is the game on and what time is kick-off?

The match will be played in the Air Albania stadium in Tirana on Wednesday May 25. Kick-off will be at 8 pm.

What Irish TV channel will it be on and can I stream it?

As they have done throughout the tournament, Vrigin Media will be showing it on Virgin Media Two from 7 pm.

So you also have the option of streaming it through the Virgin Media Player if you’re away from the television.

What are the team?

Neither Mourinho nor Arne Slot have named their starting XIs as of yet.

What are the betting odds?

The Serie A side are fancied to return home to The Eternal City with the trophy at 5/4 while Feyenoord are 2/1.

You can back the two sides to finish level after 90 minutes at 12/5.

The 59-year-old became the first coach to take four different teams to a European final after his previous exploits with Porto, Inter Milan and Manchester United. And he now has a chance to go one further and end Roma’s 14-year trophy drought.

The Portuguese chief – who was appointed by the Italian club in a bid to win silverware last summer – was visibly emotional at the conclusion of their last four tie against The Foxes. He claimed that his emotion was for the club’s fans as they celebrated a historic night.

Speaking after the match, Mourinho said: “Why did I shed a tear? Because I feel what [the fans] all feel. It’s a giant club without a trophy room for the social importance of this club. I know what it means to these people and my emotion was for them. I’ve been lucky enough to be in more prestigious finals but this made me feel very special.

“We have a sense of family. With age you become less selfish and more of a father or even a grandfather to some of them, I’m very happy for all of them. Rome is a red and yellow city, we’ll see the joy over the coming days. I’ve made a small contribution to that.”