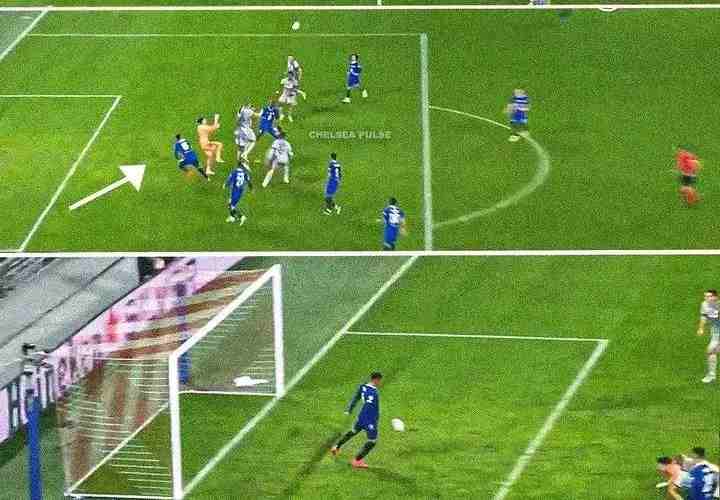 At the Red Bull Arena stadium in Austria, Chelsea defeated RB Salzburg 2-1 to qualify for the knockout stages of the Champions League, and Thiago Silva did something that proved his intelligence.

In the second half of the game Versus Salzburg, a cross came in from the right by a Salzburg player and Kepa went out to punch it away. Unfortunately, Kepa couldn’t reach it and the ball was headed towards goal.

Just before the ball reached Kepa, Thiago Silva had already read the situation and immediately ran to cover the empty net. The ball that was eventually headed towards goal kindly fell to Thiago Silva instead.

The fact that Thiago Silva read the situation so well and to run towards goal showed that he’s an intelligent defender, maybe even the best Chelsea have at the moment.

Kindly drop a word for Thiago Silva using the comment section below.