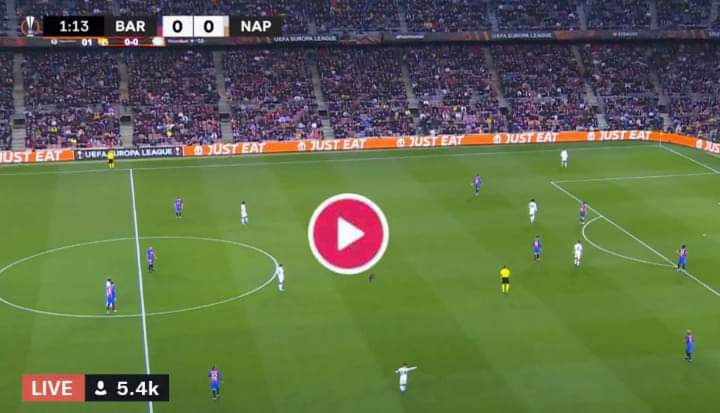 Barcelona vs Napoli live stream – Barca begin their first journey into the Europa League in this current guise on Thursday night as they host Napoli in the first leg of their knockout round play-off.

La Blaugrana dropped into the competition after finishing third in their Champions League group behind Bayern Munich and Benfica.

They face another of Diego Maradona’s former sides in Napoli, who just about squeezed through a Europa League group consisting of Spartak Moscow, Leicester and Legia Warsaw.

Here’s everything you need to know ahead of this one…

Due to UEFA rules stating only three additions can be made to European squads midway through a season, January signing Dani Alves has been omitted from Barcelona’s Europa League roster.

However, Adama Traore, Pierre-Emerick Aubameyang and Ferran Torres are all eligible to play.

Barça will be without Alex Balde, Ansu Fati, Ronald Araujo, Samuel Umtiti and Sergi Roberto, but Xavi could welcome Memphis Depay and Clement Lenglet back into the fold.

Luciano Spalletti is expected to only be without three players for the game at Camp Nou.

Matteo Politano and Stanislav Lobotka will be sidelined for another month with muscle injuries, while Hirving Lozano is a longer-term absence.

Despite the incredibly steep histories these two clubs can boast, they have been paired together just once before in UEFA competition.

They were drawn to face each other in the last 16 of the 2019/20 Champions League, playing out a 1-1 draw at the Stadio Diego Maradona before the COVID-19 pandemic halted football.

Barcelona prevailed 3-1 in the return leg in August 2020, securing their place in the last eight in Portugal where they were famously beaten 8-2 by Bayern Munich.

Barça have made notable improvements since Xavi’s return to the club as head coach, and after some fine tuning in the January window, the 42-year-old is moulding a squad in his image.

With a fight on their hands to claim a top-four spot in La Liga, winning the Europa League would offer Barcelona another route back into the Champions League.

Italian sides haven’t enjoyed too much success in Europe in recent years, while Spanish sides have won seven of the last 11 Europa Leagues on offer.

Barcelona should just about edge the first leg, but the tie should still be up for grabs when the two reconvene in Naples next week.

TV: Barcelona vs Napoli is available to be streamed live online and watch on BT Sport, beIN sports, and fuboTV