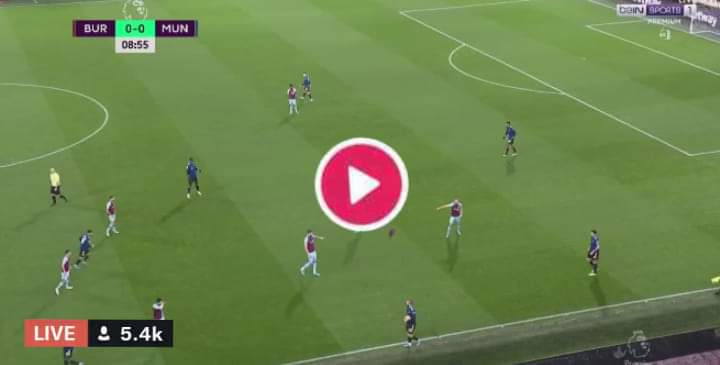 Burnley vs Manchester United live stream – Man United will be looking at getting back to winning ways when they take on Burnley at Turf Moor in the Premier League on Tuesday night.

The Reds go into the game on the back of a bitterly disappointing exit from the FA Cup, losing on penalties against Middlesbrough whilst the hosts drew 0-0 with Watford in the Premier League.

David de Gea is expected to return in between the sticks to face Burnley whilst duo Fred and Alex Telles are also likely to be recalled to face the Clarets.

Having being knocked out of the FA Cup on Friday night, it has been a disappointing few days or so at Old Trafford. The FA Cup was arguably the clubs best chance of winning some silverware this season and with that now gone, the European Cup and a top four finish is what is left for United to salvage their season and in facing Burnley on Tuesday night it gives the Reds a great opportunity to get back on track.

Burnley have endured a terrible season so far and currently find themselves sitting rock bottom of the Premier League table. Under Sean Dyche, the Clarets are usually tough cookies to crack and can put up a fight against anyone but this season they look a shadow of their former selves and this is a game United should undoubtedly take all three points from.

Having already dropped points against the lower sides earlier in the season (Newcastle 1-1, Watford 4-2) the Reds will be fully aware of just how difficult games against the bottom sides can be but if United turn up and play to the potential like we know they can do then they should have far too much quality for Burnley and take all three points.

An early goal from United in many respects could make a big difference in this one. It would help ease the pressure on United and force Burnley out to play, leaving plenty of holes at the back for Ronaldo, Fernandes and co to take full advantage.

It wont be easy and I expect Burnley to make life difficult for the Reds but it’s a game I still expect United to win albeit it will close.