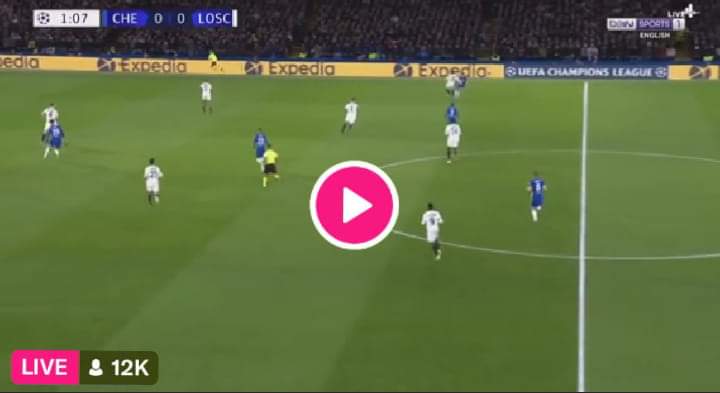 Chelsea vs Lille live stream – Chelsea hosts Lille in the first leg of a UEFA Champions League Round of 16 clash on Tuesday.

The reigning Ligue 1 champions are having a disastrous title defense so far in 2021-22: currently sitting in 11th place, 23 points off runaway leaders PSG.

Reigning Champions League and recently crowned FIFA Club World Cup winner Chelsea (photo below) is third in the Premier League and has won five games in a row in all competitions. However, the general consensus is that the Blues aren’t in imperious form, despite recent successes.

The French side has only won two of its last seven in all competitions and enters the series as heavy underdogs despite topping Champions League Group G, which also featured Sevilla, VfL Wolfsburg and FC Salzburg. Chelsea was runner-up to Juventus in Group H, taking 13 from a total of 18 available points.

How to watch Chelsea vs Lille in the USA

The match will be broadcast in the United States on CBS (English) and Galavision (Spanish). Both those channels are streamed on fuboTV, which is available to new users via a free trial.

CBS streaming platform Paramount+ will carry the match for subscribers.

Chelsea will be without a few key players for this clash. Ben Chilwell (ACL) is a long-term absentee who is out until the end of the season. Fellow wingback Reece James (hamstring) is nearing a return to training, but not until next week, ruling him out of this game.

The influential Mason Mount is battling an ankle injury and misses out against Lille, but he is reportedly targeting Sunday’s Carabao Cup final for a potential return.

Callum Hudson-Odoi and Cesar Azpilicueta missed the win over Crystal Palace at the weekend, but Tuchel claimed Azpilicueta has since returned to training, though Hudson-Odoi has not.

Lille heads to London with minimal squad casualties, having fielded a mostly full side at the weekend in a 0-0 draw against Metz.

Forward Isaac Lihadji had been injured for the last two league games, but was an unused substitute at the weekend. Similarly, former Golden Boy winner Renato Sanches played nine minutes on his return from injury, as Lille manager Jocelyn Gourvennec is set to have a full squad to choose from.

The teams faced each other as recently as 2019 in the Champions League group stages. Chelsea won both games 2-1, as they topped their group.

The Blues have only lost once in 18 games and haven’t lost a knockout match in the Champions League since August 2020.

Lille is in the knockout rounds for the first time since facing Manchester United back in the 2006-07 season, and has never gone past this stage.

Both teams have strengthened since their last meeting, but Chelsea starts as favorite and based on the odds, can be expected to overcome the French champions in a low-scoring first-leg victory.