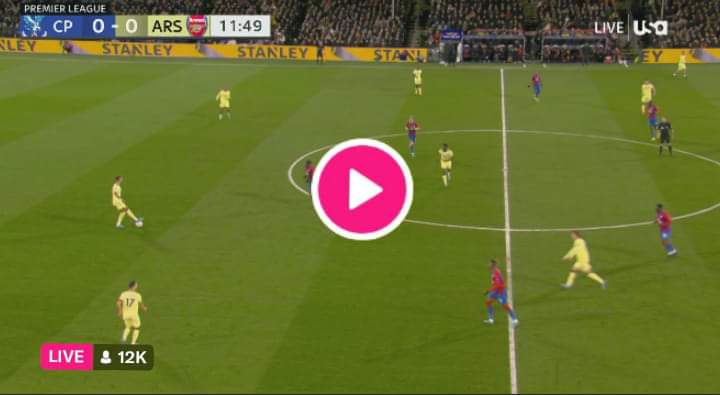 Arsenal will be trying to stay on track after the last international break of this campaign, and doing so will require them to beat a scrappy Crystal Palace side at their place. The reverse fixture ended in a 2-2 draw in October, and the away team will be anxious not to drop any points during the course of this match.

The Gunners have been playing really positive football, and if they can remain as composed and explosive as we have seen over the last several months – but really since the disastrous August ended – Palace might be in for a long match. On the other hand, this Eagles side has many weapons and are much better from an organizational and tactical standpoint than I think they have been for some time.

As Manchester City can attest to, that is a credit to the new boss that they have there, the Premier League Hall of Famer and former Arsenal legend, Frenchman Patrick Vieira.

Yet the players at the club have responded to him too, such as Wilfried Zaha, Michael Olise, Conor Gallagher and so on. They are a tougher outfit than they’ve been in recent memory and the Gunners understand that they have a real task before them.

Crystal Palace vs Arsenal: A time for beautiful football that moves Arteta’s side closer to Premier League top four

I think that it should be said fairly straight away that Bernd Leno, or Aaron Ramsdale, could very easily be the man of the match when this game is all said and done. That is not to say of course that I do not believe that the team’s defensive integrity will be sound; I think they too will play well, but sometimes pretty football prevails, and this could be one of those matches.

While I think Leno could have a big match should he play – or Ramsdale, of course – I also believe that the youth will run all around and upon the backline of Crystal Palace. They will do their best to stop the likes of Saka if he is healthy, or a more confident Nicolas Pepe if he is unable to play, a blistering Gabriel Martinelli, or a streaking Martin Odegaard. The hold-up play that Alexandre Lacazette has brought to the pitch with his consistent playtime has allowed for those remarkable talents to swarm and make runs all around him, ruining shapes and discipline all in the same motion.

Saka has been scoring recently, as has Martinelli, and it could be another one of those matches for those two. When they are playing it seems nearly impossible for other outfits to stop them. That is a great advantage that Arsenal has right now, and it puts just an terrible amount of pressure on opposition shapes and overall ambitions going forward.

So will the football be beautiful? I believe so. I think this will be a fun time and I think that it could prove important for the team in the long haul as well.

The three points earned by Arsenal in this match would put greater distance between the Gunners and their rivals, while they still have a match against both Manchester United and Spurs to play before this season ends. Losing or dropping points for Arsenal would be unacceptable given their current position and the leverage they have over the clubs directly behind them.

However, this young and fun-loving team understands that now is the best time to win, and to win while having the great fun they are enjoying on the pitch together. They have lost before and have struggled, but now they understand what it feels like to win, how to do it, and they simply do not wish to stop.

This will be the test that Crystal Palace tries to answer, and while some clubs have done it this season like Manchester City and Liverpool, it is far from simple.

When Arsenal face off against Palace on Monday evening, the world will be watching and taking note of each team as they come off of the final international break of the season. What will each team demonstrate on this day and in this contest? This will remain to be seen for now, but when the action gets underway, it will not take long for us to tell.