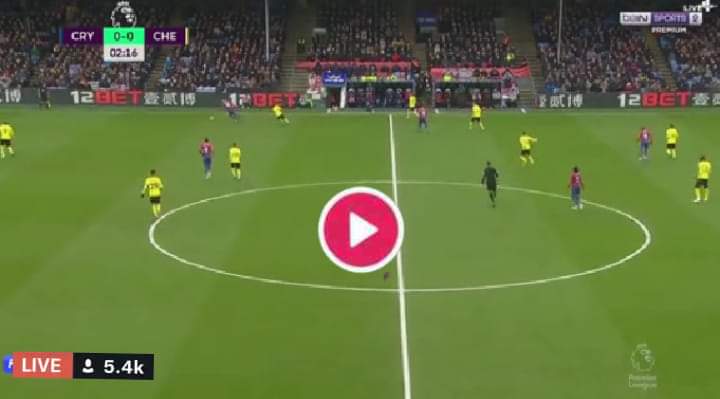 Crystal Palace vs Chelsea live stream – The newly-crowned world champions certainly aren’t without their problems despite their success in Abu Dhabi and have struggled in a Premier League context.

While the win over Tottenham was promising, there had been far too many draws up until that point, briefly causing some concern as to their top four status.

For Palace, the wait for a League win goes on. Last time out offered a drab draw away at Brentford and, while there are little fears in regards to being sucked into the relegation battle, Patrick Vieira’s side could do with a boost to stop their season petering out.

Certainly a team capable of running the big boys close, Selhurst Park will be rocking on Saturday.

The Premier League game is scheduled for a 4pm GMT kick-off on Saturday February 19, 2022.

Selhurst Park in London will host.

Where to watch Crystal Palace vs Chelsea

TV channel: Due to the game taking place during the 3pm blackout, it will not be broadcast on TV.

Highlights: Match of the Day, however, will show highlights when it airs at 10.30pm on BBC One.

Conor Gallagher is unable to feature due to the terms of his loan arrangement, meaning James McArthur could make his return to the starting lineup having come off the bench against Brentford.

Nathan Ferguson, meanwhile, is facing another spell on the sidelines after his recent hamstring injury.

For Chelsea, Mason Mount’s ankle injury during the Club World Cup final will rule him out and Thomas Tuchel will share more on the complexion of his squad during his pre-match press conference.

It’s hard to judge Chelsea at the moment. A relentlessly successful cup team, a League meeting away at a team who aren’t likely to sit back and allow them ball looks like exactly the sort of game they’ve struggled with of late.