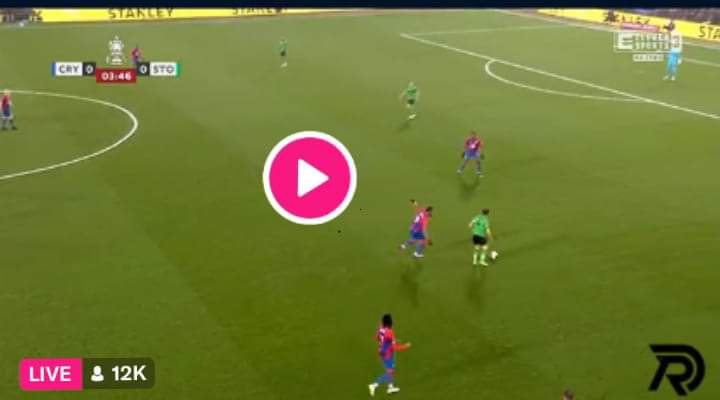 Crystal Palace vs Stoke City live stream – The FA Cup round of 16 starts this week and it sees Crystal Palace face Stoke City and we have all the information you need to know ahead of kick-off.

The two sides are a division apart, with Palace battling around mid table in the Premier League, whilst Stoke are battling in the bottom half of the Championship

With the fixtures meaning a lot as we come towards the final third of the season, the Cup gives both sides an opportunity to lift a trophy, and this would be great for either side.

With the FA Cup dream a lot closer if these one of these two sides advance, the game will be watched by many, and we for one can’t wait for this exciting spectacle to take place.

Here is all you need to know about Palace vs Stoke:

Palace take on Stoke on Tuesday 1st March 2022 at Selhurst Park. The match will start at 7:30 pm UK time.

Football fans in England who cannot attend the game will be excited to hear that FA Cup Last 16 match between Crystal Palace and Stoke will be televised on live TV. You will be able to watch the match on BBC One via the red button. Coverage starts from 7:00PM BST.

If you are based in the United Kingdom, you will be able to live stream the match on BBC iPlayer as well as the Red Button and you can watch it on PC, mobile devices and other Apple and Android devices.

For Crystal Palace, they are without two defenders as Joel Ward is recovering from an injury whilst Nathan Ferguson is also out.

The two sides have faced each other 60 times in the past, and there have been a lot of entertaining spectacles between them. Palace have won 28, Stoke have won 35, and there has been 13 draws.

The betting markets have Palace as favourites, and expectedly so.

This will no doubt be a nervy game as a quarter final spot is up for grabs, but Patrick Vieira will field a strong side in the hope the Eagles can go all the way.