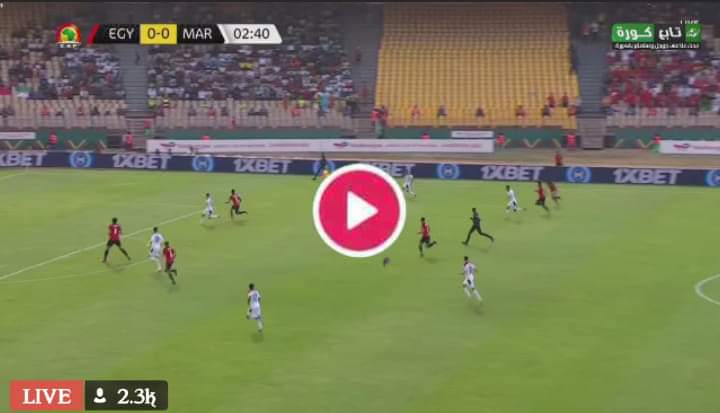 Egypt vs Morocco live stream – Egypt face Morocco in the quarter-final at the Ahmadou Ahidjo Stadium on Sunday January 30.

Will we need extra time in Yaoundé?

Morocco have a better team than Egypt and are backed to advance at the Africa Cup of Nations. The Atlas Lions might have to wait until extra time to get through.

Morocco have a 6-2 advantage against Egypt with 6 draws in 14 matches.

Egypt competed in the Arab Cup in December, losing 1-0 to Tunisia in the semi-finals and losing on penalties to Qatar in the 3rd place playoff.

The Pharaohs suffered a 1-0 defeat to Nigeria in their opening AFCON match where they created two shots on target.

Carlos Queiroz’s side bounced back with 1-0 win against Guinea-Bissau, Mohamed Salah scoring in the 69th minute. They then won 1-0 against Sudan with Mohamed Abdelmonem on target.

Egypt got past Ivory Coast in the Round of 16. It was a close match that ended in a 0-0 draw, Salah netting their fifth straight penalty to win the shootout.

Akram Tawfik is injured with Omar Kamal to continue at right-back.

Morocco came into the Africa Cup of Nations in superb form, winning all six World Cup qualifiers and their opening three at the Arab Cup.

Vahid Halilhodzic’s side got their tournament underway with a 1-0 win against Ghana thanks to Sofiane Boufal’s 83rd minute strike.

The Atlas Lions beat Comoros 2-0 with Selim Amallah and Zakaria Aboukhal on target. They drew 2-2 against Gabon in the final group game, Boufal and Achraf Hakimi equalising in the second half.

Morocco beat Malawi 2-1 in the Round of 16. They fell behind in the 7th minute, dominating after that with 75% possession, 24-4 shots, Youssef En-Nesyri and Achraf Hakimi scoring to overturn the deficit.

Achraf Hakimi and Sofiane Boufal have scored two goals each at the tournament.

Watch Egypt vs Morocco in the Africa Cup of Nations quarter-finals on Sunday 30 January 2022 (3pm GMT).

Watch football live at bet365 > football > Africa Cup of Nations, with matches available to members online and on mobile.