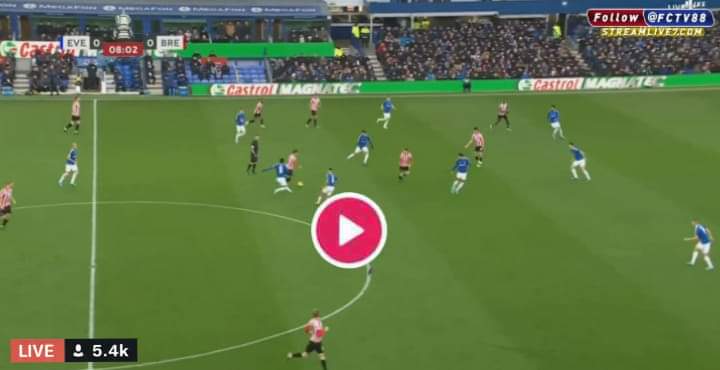 Everton begin their new era under Frank Lampard with an FA Cup Fourth Round tie against Brentford at Goodison Park on Saturday.

Lampard was appointed as Rafael Benitez’s successor on Monday’s deadline day and now gets to see his side in action for the first time when they welcome the Bees to Merseyside.

Thomas Frank has recently signed a new contract with Brentford himself after their impressive start to life in the Premier League, although they have lost their last four games.

Nonetheless, they will be hoping to spoil Lampard’s day by grabbing a win in order to advance to the Fifth Round of the competition.

The hosts defeated Championship side Hull City 3-2 after extra time in the previous round, while the visitors comfortably beat League Two ’s Port Vale 4-1, with Bryan Mbeumo grabbing a hat-trick.

Should Frank Lampard try and prioritise an FA Cup run with Everton this season? Let us know your thoughts in the comments section below.

When is Everton vs Brentford?

Everton vs Brentford will kick-off at 3pm on Saturday, February 5 at Goodison Park.

The last meeting between the two sides came back in November, when a 24th-minute Ivan Toney penalty was enough for the hosts to secure all three points against the Toffees.

The FA Cup has provided some respite for Everton though, with their win over Hull in the last round their only victory in their last six outings.

Brentford are also on a shaky run of form having lost each of their last four fixtures since their cup win over Port Vale.

The game has not been selected for live coverage but highlights will be available on The FA Cup: Fourth Round Highlights show at 22:30 on BBC One.

This is also available to stream via iPlayer and the iPlayer app.

Lampard is expected to have a relatively clean bill of health at his disposal for this FA Cup tie and is set to be without just four players for his Everton managerial debut.

Dominic Calvert-Lewin (knee), Tom Davies (thigh), Fabian Delph (thigh) and Abdoulaye Doucoure (groin) are out, but Jarrad Branthwaite (thigh) is expected to be available again, along with Alex Iwobi who has returned from the Africa Cup of Nations.

Deadline day signings Donny van de Beek and Dele Alli will have to wait to make their debuts for the club as they are cup-tied, having featured in the Third Round for Manchester United and Tottenham Hotspur, respectively.

As for Frank, he could welcome back four players to the squad this weekend, with David Raya (knee), Mathias Jensen (head) and Rico Henry (head) set to be assessed, while Frank Onyeka has returned from AFCON duty.

Following the end to the transfer window, Dominic Thompson, Mads Bidstrup, Charlie Goode and Marcus Forss have all departed on loan, but new signing Christian Eriksen will have to wait to make his debut this weekend.