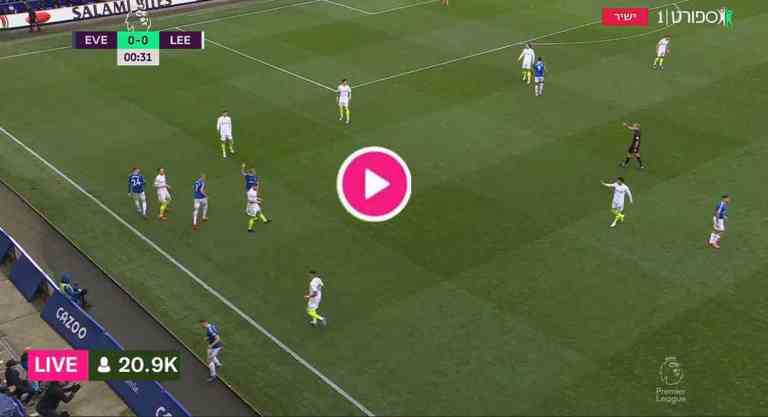 If you are a new customer, you can sign up to Bet365 and watch their Everton vs Leeds United live stream by opening an account. You must make sure your account is either funded or that you have placed a bet in the last 24 hours prior to the event to be able to watch.

You can join Bet365 by clicking the link below, which also allows you to claim their amazing welcome offer for new customers.

Marcelo Bielsa’s men will be relatively confident heading into this game after picking up two wins and a draw in their last four league outings. Leeds have certainly improved in recent weeks and it will be interesting to see if they can grind out a vital away win here.

Meanwhile, the Toffees are in dismal form right now and Frank Lampard has a massive challenge ahead of him.

Everton have lost five of their last six league matches and they will need a major slice of luck to get back to winning ways here.

Check out the best Everton vs Leeds United betting offers

When does Everton vs Leeds United kick-off?

The Premier League clash between Everton vs Leeds United kicks off at 15:00 pm BST, on the 12th of February, at Goodison Park Stadium.

Everton will be without the services of Yerry Mina, Abdoulaye Doucoure, Demarai Gray, Ben Godfrey, Fabian Delph, Tom Davies and Gylfi Sigurdsson because of injuries.